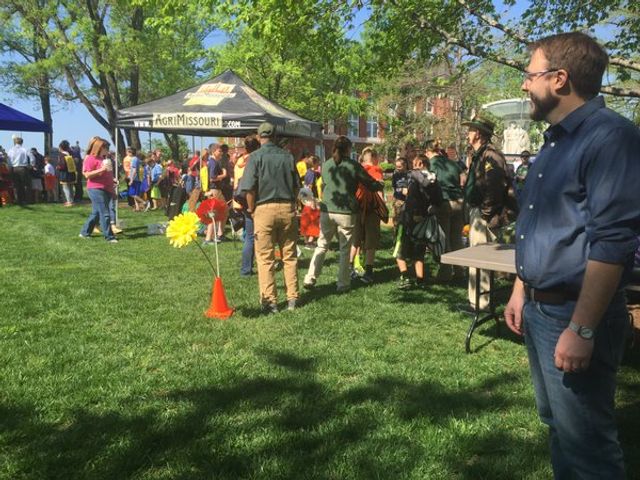 Every year the Missouri Department of Natural Resources hosts its event on the south lawn of the Capitol. The group also holds an annual contest for students to create the slogan.

This year Landrey VanOverschelde, a fifth-grader from St. Peter Elementary School in Jefferson City won the contest. Her winning slogan was “Missouri State Parks: Create Your Own Adventure.”

VanOverschelde found out about the contest through her school teacher and brainstormed ideas.

“My parents kind of helped me a little bit on it but not much,” said VanOverschelde.

But she said the majority of her inspiration for the winning slogan came from the earth and its beauty.

“I think earth is pretty right now. But if people don’t take care of it… I mean it’s not going to be as pretty as it is right now,” said VanOverschelde.

VanOverschelde was honored in the event’s opening ceremonies by the Missouri Department of Natural Resources. She also received an official proclamation signed by current Missouri Governor Jay Nixon.

Tom Bastian, director of communications for the Missouri Department of Natural Resources said that while the event is open to everyone, it is geared toward fifth-grade students. He sees the slogan contest as a way to get kids more involved with Earth Day.

“The slogan contest gives kids an opportunity to take part [in the event],” said Bastian.

The event was celebrating its 22nd anniversary. This year it had to work around construction when it came to setting up, but many were still involved with the day’s events. There were several different exhibits, interactive displays and a live stage show.