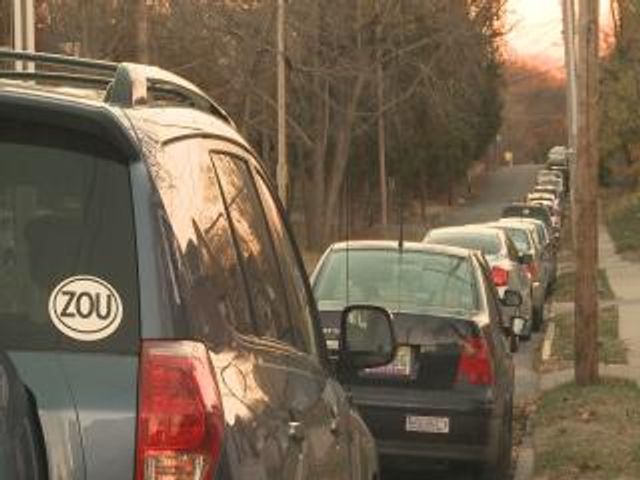 Some issues discussed during the first meeting include guerrilla parking, lack of yellow curb, and narrow streets.  Public Works Traffic Engineer Richard Stone says this is a larger area compared to North Village and the Benton Stephens neighborhood so that has to be taken into consideration as well.

However, the biggest issue affecting residents and property owners is commuter parking.

Some suggested parking solutions include:

Public Works found enough support to recommend to City Council the prohibition of parking on the north side of University Avenue.

If Public Works marked spaces on the streets, there would be approximately 380 spaces in the area of concern.

Another solution Public Works said is used in other college towns are signs that read, "two hour limit except East Campus permit." The Benton Stephens neighborhood showed approval of the signs as well.

People at the East Campus meeting are upset about the large volume of commuter parking and students parking around the clock. They are interested in finding out whether students living in the neighborhood would be interested in paying for permits.

East Campus residents, similarly to Benton Stephens residents, are also upset that under this program they would have to pay for enforcement.

Public Works said service vehicles might be exempt from the program.

The total cost for minimal enforcement would be approximately $29,350. Cost offsets would estimate around $34,310. If meters aren't implemented, Public Works will have to figure out a way to cover the rest of the $10,000.

"Each area is going to have it's own quirks," Stone said.  "We're going to need to really listen to the folks that are in that area and try to work a way that is consistent with the program that we're doing yet does fit the area."

Public Works will most likely hold another meeting for public discussion before presenting to the City Council.