Eating Disorder Treatment is Not Covered by Insurance 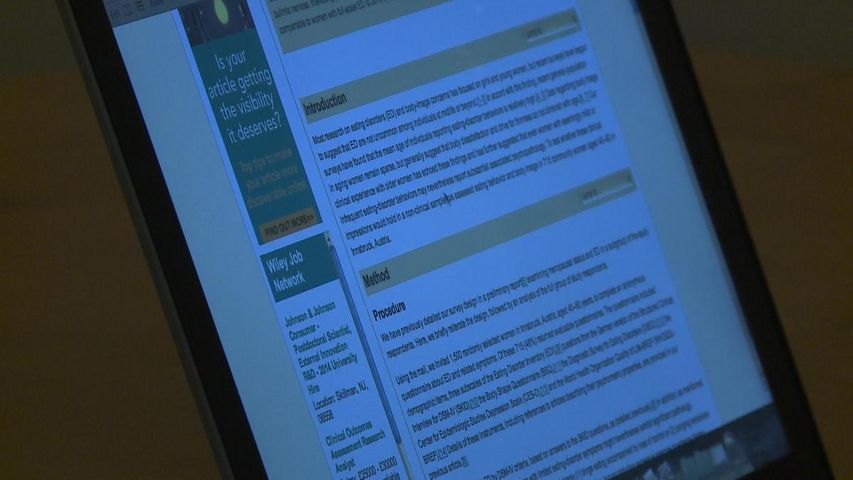 COLUMBIA - Eating disorders affect more than 11 million people in the U.S. Out of all mental health illnesses, it has the highest mortality rate, killing 20% of the people affected by it who do not seek treatment.  Yet most insurance companies won't cover all of the costs for treatment options due to costs and liability.

"The problem with insurance and where we are with health care in today's world, is that insurance, their goal is to stabilize the behavior and get the client back out into the world," Castlewood Treatment Center's CEO Nancy Albus said.

"That is not going to lead to successful treatment," Albus said.

Albus, who's treatment center is in St. Louis, Missouri, said eating disorders come from a need to control what is going on around the individual.

21-year old Carly Owens was 14 when she first battled anorexia.

You don't know how many people have said to me, 'Just eat a burger. Suck it up,'" Owens said. " But it doesn't work like that."

Owens is now eight years strong since beating the eating disorder and even led the National Eating Disoder Association's walk that occured here in Columbia in March.

Anorexia nervosa is when the individual is afraid of gaining weight.  He or she will starve themselves, refuse to eat or only eat miniscule portions of food and will weigh themselves repeatedly.  Health risks for anorexia include: heart failure, muscle loss, kidney failure due to dehyrdation, and death.  Anorexia has the highest mortality rate of all the eating disorders.

"You have the highest mortality rate of any other mental illness," Albus said. "So they are very serious illnesses."

"I think my family, and a lot of my friends didn't know how to approach me, how to talk to me about it," Owens said.

Bulimia nervosa is the disorder where the individual will eat a large amount of food in one sitting and then either self-induce vomit or use laxatives to purge themselves of the food. According to ANAD's website, " people with bulimia can fall within the normal range for their age and weight. But like people with anorexia, they often fear gaining weight, want desperately to lose weight, and are intensely unhappy with their body size and shape."

"If you can intervene when there are behaviors or when there's something that looks like, that there is a change in the individual's way of functioning, either with food or relationships or in their lives, to bring that to their attention and to hopefully get them the resources that they need," Albus said.

Binge eating disorder is when the individual will be plagued by sudden cravings for food.  They will often eat until they are in physical pain.  Individuals with this diseas will also not purge or vomit.  Health risks with this disorder include high cholesterol, obesity and diabetes.

Treatment is not easy or cheap.  It often requires a team of specialists to help the individual beat the eating disorder.

"Although our insurance did cover some things, we had to jump through a lot of hoops, which really set back the on-start to treatment," Owens said. "So, I feel like in other cases, where maybe the patient was in a bit more of a severe case, that could be really harmful to the patient."

"It includes a psychiatrist, a nutritionist, a therapist," Albus said.  "A primary therapist to really get to the underlying issues."

Albus went on to say that family involment plays a big party in helping to treat an eating disorder, especially when the client is younger.