Eclipse viewers say the trip to Columbia was well worth it 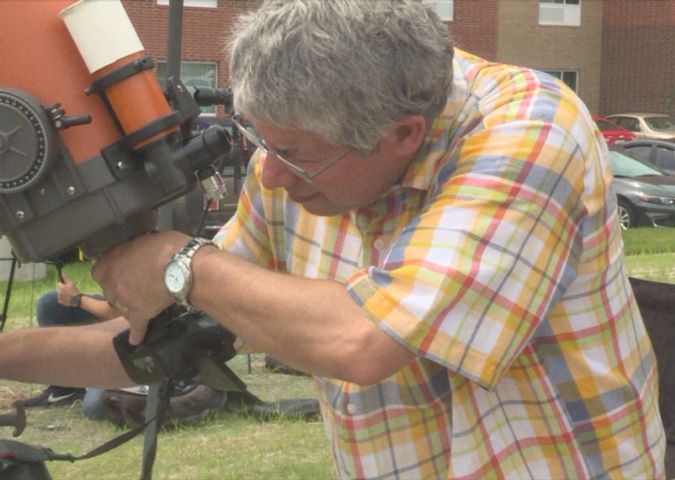 COLUMBIA — Thousands of people traveled to Columbia and the surrounding cities to view a once in a lifetime event, a total solar eclipse.

A total solar eclipse happens when the moon passes between the Earth and Sun and fully covers the view of the sun.

Monday’s eclipse was the first total solar eclipse to occur in the United States since 1979, making it an incredibly popular event for people who live in, near and around the path of totality.

As a result, several people traveled to cities within the path of totality including Charleston, South Carolina, Nashville, Tennessee and Columbia.

“I had never seen an event like this and this was a prime location,” Texas native Bruce Blair said.

Blair is one of many people who drove to Columbia solely to view the eclipse. He booked his families' hotel rooms six months in advance to secure their stay.

Kris Johnson drove over eight hours to Columbia from Minnesota to see the total eclipse in person. He said the drive was well worth it.

"It was absolutely amazing, probably one of the most spectacular things I think I've ever seen," Johnson said. “How well the moon crosses the sun is what I enjoy the most. They're both so far apart from each other yet they somehow make just the right amount of distance away so they completely block each other out,”

Blair and Johnson both came prepared with special protective lenses for their cameras and telescopes so that they could capture images of the eclipse.

"I have my camera hooked on a thousand millimeter lens, so I can look through the viewfinder and get a pretty decent view of the eclipse through the telescope and get some close up pictures with the DSLR," Blair said.

In addition to the pictures they took, Blair and Johnson said the memory of seeing the eclipse in person will last a lifetime.