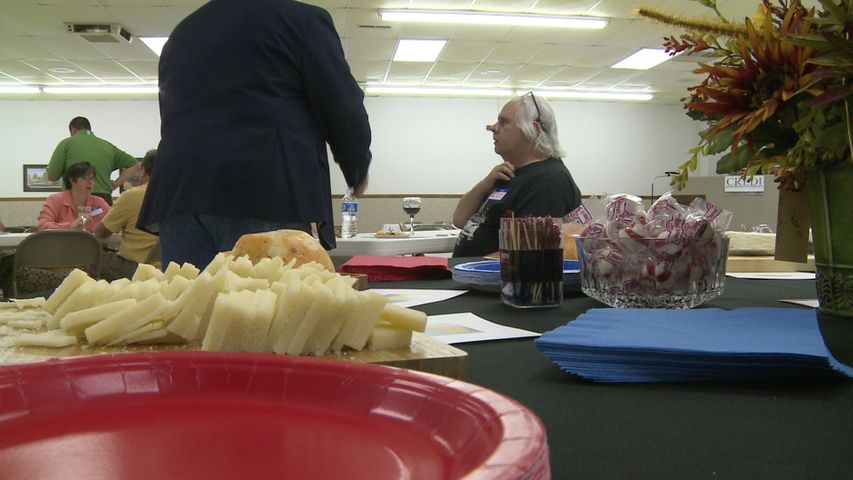 CENTRALIA - Centralia Regional Economic Development, Inc. (CREDI) met with the public Thursday evening to discuss the future of the organization. The mayor, superintendent of Centralia schools, and police chief were all in attendance along with about 20 Centralia area residents to hear CREDI's plans for economic development in the area.

CREDI is currently in the process of becoming a recognized non-profit organization. Members say once that title is held, the organization will work with city officials to get grants the city is eligible for due to its population being below 5,000.

One grant the organization may be after in the future is the Community Development Block Grant (CDBG). This grant is administered by the Missouri Department of Economic Development and provides grants and loan funds to cities with populations under 50,000 and counties under 200,000 to assist in public works and economic development projects.

The Missouri Department of Economic Development announced Thursday that Linn Creek has been approved for a $452,600 CDBG for a water system improvement project. This will help in the final phase of a city-wide water system upgrade for the city.

The department also announced Thursday Stover has been approved for a $500,000 CDBG for a waste water system improvement project. This project involves constructing two new lagoons while eliminating the old ones, installing a new lift station and 3,000 linear feet of wasterwater collection lines to serve 15 homes that are not currently served by the city's wastewater system, and the replacement of 2,000 linear feet of lines currently riddled with infiltration problems.

CREDI is not just about bringing new businesses and grants in however. The organization is also interested in getting employees who work in Centralia, particularly those at Hubbell Power Systems and the school district, to actually live in Centralia. They plan on doing this through community development as well as a new initiative they call "Live Centralia." It would involve a local resident giving potential employees a tour around the town during the interview process to encourage them to move there if hired.

Some of the sites included on the tour are the Centralia business district, the Parks and Recreational Center, Centralia Public Library, Centralia Schools, new housing developments, as well as area churches, the country club, and some of the other popular sites in Centralia.

The program will kick off in a few weeks when volunteers will give 15 new area teachers a tour.