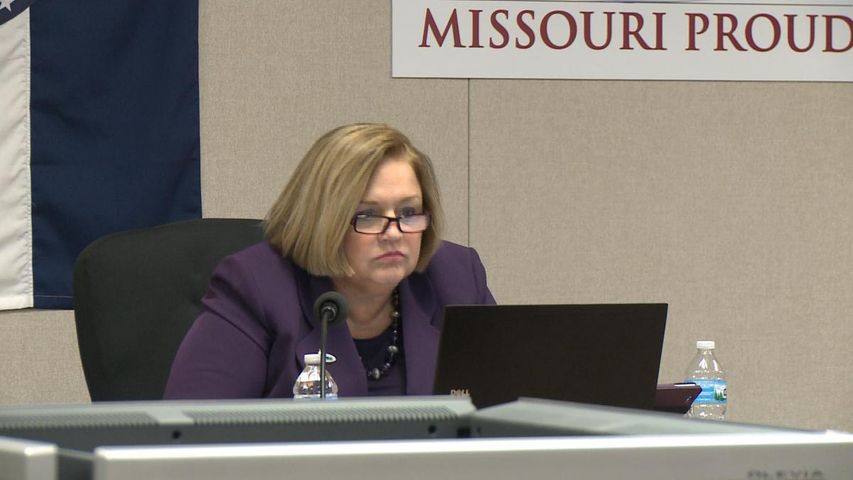 JEFFERSON CITY - Missouri's Education Commissioner, Chris Nicastro, will resign at the end of the year.

The announcement came Monday before the Missouri Board of Education meeting. Board members, including Nicastro, went into a closed meeting for almost an hour and a half before the open meeting.

The announcement came from President Peter Herrschend that a new motion was on the table to accept Nicastro's resignation.

Nicastro gave a short speech followed by a standing ovation from board members and other people present at the meeting.

"I've often commented that being on the Board of Education is the most difficult, unpaid, thankless job in our country," Nicastro said.

Fellow board member Micael Jones said that no one could have run a better office than she did.

Some politicians have criticized Nicastro, saying she mishandled high-profile issues, such as Common Core and the student transfer law for unaccredited districts in the St. Louis area.

The board has yet to make a decision about who will replace Nicastro who will still be acting commissioner until December 31.