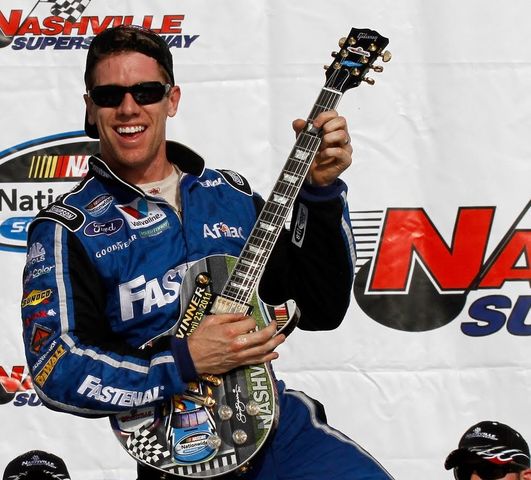 Edwards, who leads the Sprint Cup points race over Jimmie Johnson, was leading when the first caution came out on lap 82 for debris. The next lap he entered the pits and was penalized for speeding and NASCAR officials ordered him to the rear of the longest line of cars for the restart.

Edwards worked his way back through the field and passed Dillon on lap 120 for the lead. On the pass the air from Edwards' car caused Dillon to wiggle wildly in turn four.