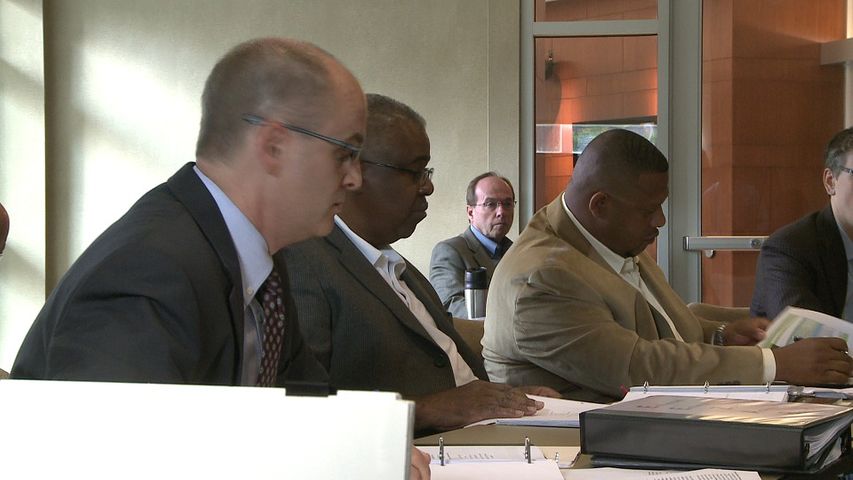 COLUMBIA - Members of an advisory board designed to recommend boundaries for an economic development plan expressed concern Monday about old and inaccurate census data, sparking discussion about the correct way to assess which zones of Columbia need job growth.

The Enhanced Enterprise Zone (EEZ) advisory board, created again after the city council rescinded the previous group just last month, met for the first time Monday and reviewed three maps for potential zones in Columbia. The group's task is to make a recommendation to the city council as soon as possible.

The maps target zones within a certain range of poverty: 60 percent of households in the zone must fall within 90 percent of the county's median income. However, because the state has not updated census numbers from 2010 for this specific purpose, the group must rely on numbers from 2000.

According to Bernie Andrews, the vice president at Regional Economic Development Inc. and a staff member tabbed to advise the committee, the old data may not allow EEZs to cover neighborhoods with changing poverty levels over the last decade.

That left one group member to ignite a lengthy discussion. Vice chair Anthony Stanton said it would be irresponsible for the advisory group to make recommendations based on inaccurate data from 2000, as opposed to updated data from 2010.

"I just want to see where the data falls," Stanton said. "I don't have any preconceived notions of what's going to happen. But I do think it will change. So let's see how the new information changes how we're looking at this problem."

Andrews said he would try to find updated 2010 data to present at the next meeting.

Chairman John Strotbeck, the CEO of Kraft Foods, also stressed at the end of the meeting that the board has no control over the "blight" controversy in the city-- some residents fear the economic development plan could lead to an abuse of eminent domain and the destruction of homes in some communities. Instead, Strotbeck said the advisory board can only make EEZ recommendations to the council.

The group had previously scheduled another meeting for next week, but members could not agree on a specific time at the end of Monday's discussion.