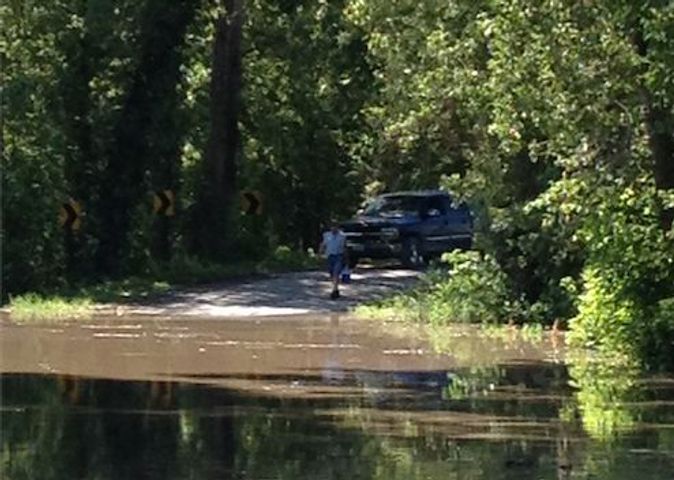 COLUMBIA - Eight Boone County roads were shut down Monday due to flooding from Sunday night's rain.

Roads were closed across Boone County including Hartsburg, Hallsville, Columbia and Ashland.

Cole Morris lives in a house right by one of the closed roads in Ashland. He said the water level is the highest he's seen in about four years.

"It usually doesn't get that high," Morris said.

The closed road isn't too much of an inconvenience for his family however, he said.

Stewart Scott, who works for Cevet Tree Care, was on his way to give an estimate when he was stopped by the flooding on Route E in Columbia.

"There's quite a bit. I was surprised. This is quite a bit of water flowing over. I knew it rained hard last night but I didn't realized it rained quite this hard," Scott said.

It wasn't the most he's ever seen, however. Scott said he's gotten used to road flooding.

"Welcome to Missouri," he said.

Boone County Battalion Chief Gale Blomenkamp said the flooding isn't usually a problem for those who live in the area and are used to it. He said the problem comes when people from out of town don't know an alternate route and try to cross.

For a full list of Boone County roads that are closed, you can check the county's website.