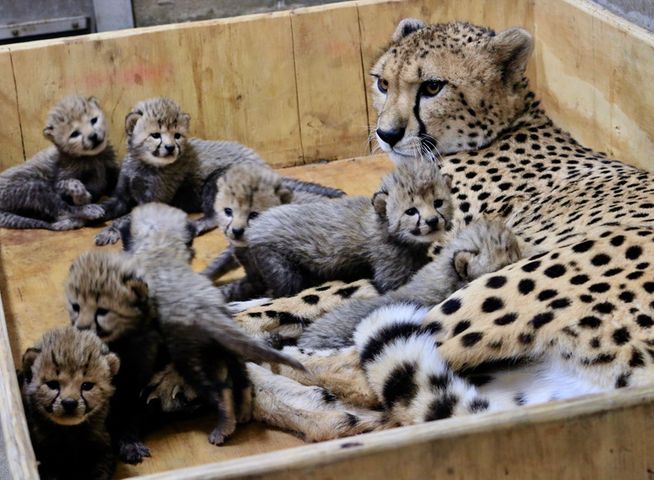 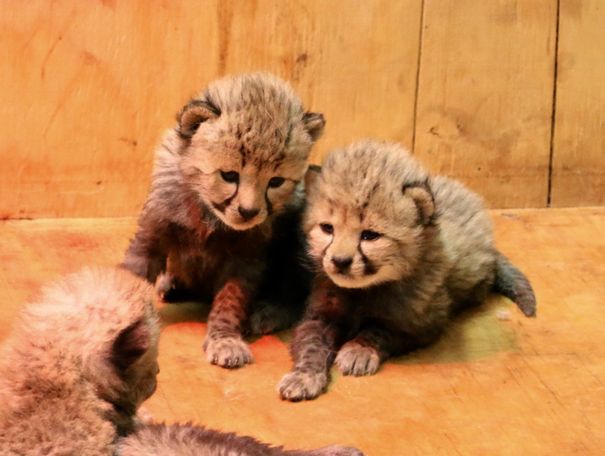 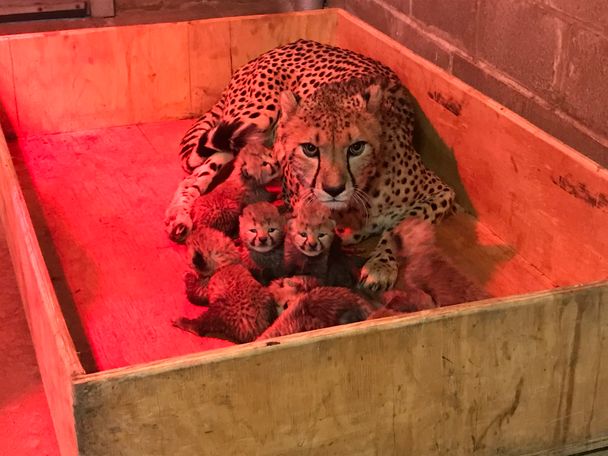 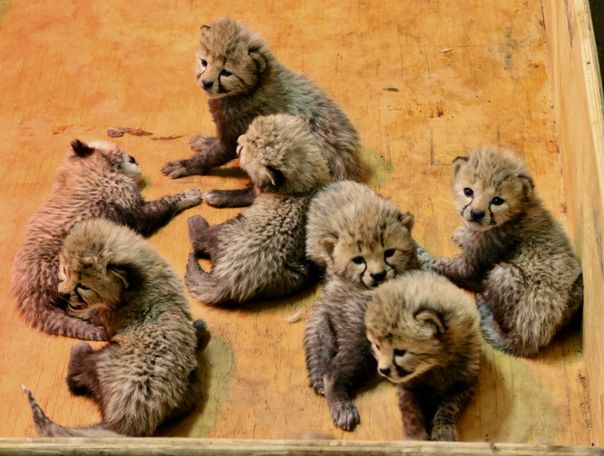 The cubs were born at the River's Edge Cheetah Breeding Center on November 26. This is the first time a female cheetah has reared eight cubs in more than 430 litters documented by the Association of Zoos and Aquariums. The average litter is three to four cubs.

The mother, Bingwa, and her cubs are healthy and doing well, and will remain in a private maternity den for the next couple of months, the zoo said.

The first few months of life are critical for newborn cheetahs.

The cheetah care team said 4-year-old Bingwa, which means "champion" in Swahili, is a great mother.

"She has quickly become adept at caring for her very large litter of cubs — grooming, nursing and caring for them attentively," said Steve Bircher, curator of mammals/carnivores at the Saint Louis Zoo.

Videos of the cubs are racking up tens of thousands of views on the zoo's Facebook page.

Facebook users are showing their excitement over the cubs in the comments.

One user, Mary Jo Stearns, said of Bingwa, "She is an extraordinary mother as this feat is very rare. Having eight cubs is one thing, taking care of all eight is a whole other level! Congratulations to everyone, especially Mom."

Pauletta Vickery said "Beautiful, love that they are secluded and safe.."

Many users said they can't wait to take a trip to the zoo this spring and summer.

"My favorite animal at the zoo gave birth to babies!!!! We are going when they are able to be seen!" Heather Munzert said.

Bingwa is on loan to the Saint Louis Zoo from Wildlife Safari in Winston, Oregon. The cub's 9-year-old father Jason is from White Oak Conservation in Yulee, Florida.

The zoo said the cubs are a result of a breeding recommendation from the Association of Zoos and Aquarium's Cheetah Species Survival Plan. The program's purpose is to manage a genetically healthy population of cheetahs in North American zoos, a press release said.

Currently, there are less than 10,000 cheetahs in Africa, and less than 100 in Iran. Cheetahs have gone extinct in at least 13 countries over the past 50 years, mostly due to human conflict, interspecific competition and a lack of genetic diversity.