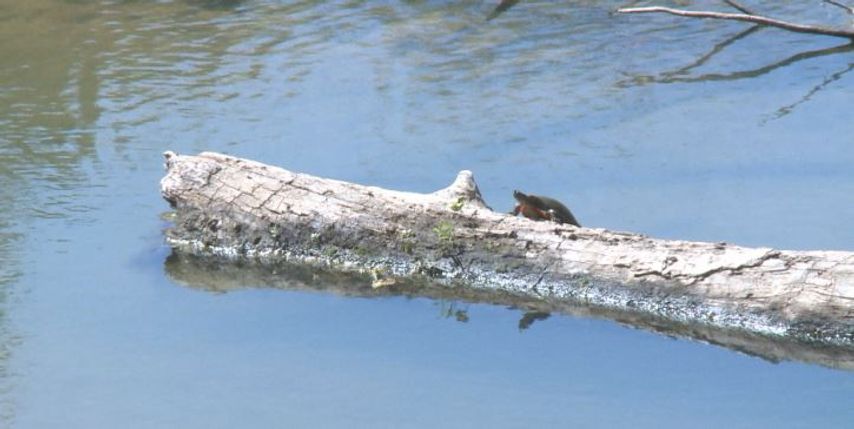 COLUMBIA - The Collaborative Adaptive Management program recently made headway on the El Chaparral area of Grindstone Creek in an effort to reduce pollution in storm water and other runoff from contaminating Hinkson Creek.

The storm water is the main focus of the El Chaparral project, where efforts are directed into reducing the amount of storm water which flows into the creek, which can have a negative effect on the creek's waters.

This storm water runoff has the potential to flow into the Grindstone Creek, which directly connects to the greater Hinkson Creek, which flows across Columbia.

Tom Wellman, an engineering specialist with the Columbia Utilities Department working with storm water and sanitary sewer utilities, said this project is one of the most extensive of its kind in Columbia's history.

"We have one of the most ambitious sanitary sewer rehab projects of its kind in the country," Wellman said.

The project in El Chaparral comes from an effort put forth by the City of Columbia approximately five years ago to reduce the introduction of pollutants into Hinkson Creek, as well as reinvigorate the ecosystem in the creek area.

Nearly 30 years ago, Hinkson Creek was designated as "impaired" as it did not support all of the aquatic insect species it was supposed to. These species acted as indicators of pollution throughout Hinkson.

Today, the Collaborative Adaptive Management program is one of the only groups tasked with remedying the creek's waters, and is composed of multiple entities like Columbia Public Works, Parks and Recreation, the University of Missouri, and the Missouri Department of Conservation.

The goal with the El Chaparral project is to eliminate excess storm water runoff and to reintroduce native plant species such as hardwood trees into the environment. Wellman said these additions will potentially act as a filtration system for runoff water to the creek, as well as help insect indicator species thrive in the waters once again.

EDIT (September 14, 2017): A previous version of the story listed language such as "sewage runoff" and "Sewer Reservoirs", which were proven to be inaccurate. This language was replaced, indicating storm water as the main focus of the project.

In a statement from the Columbia Utilities Department, it was noted the purpose of the project was to "restore the area to a more natural form and create a 'buffer' by resurfacing the area with native plants and redistributing the flow of stormwater throughout the area in order to filter it before it reaches the creek."