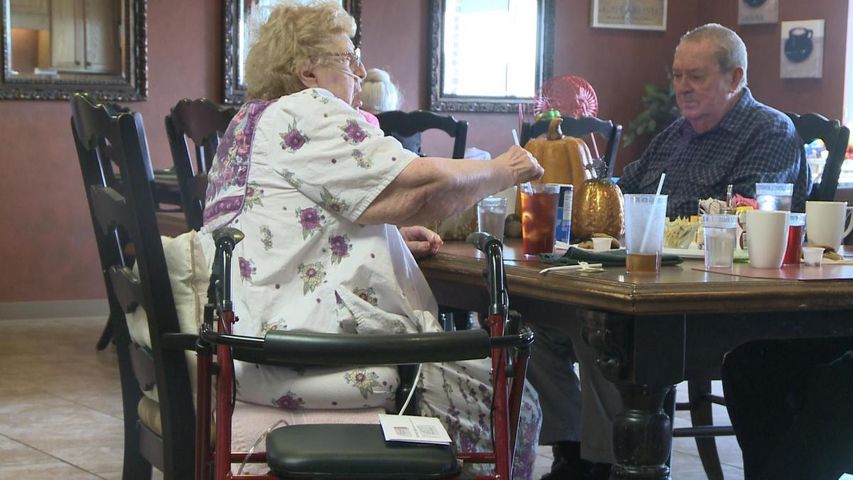 JEFFERSON CITY - Reports of elder abuse in Missouri have increased 50 percent over the past decade according to a recent report by the Missouri Foundation For Health.

One in 50 elderly in Missouri reported abuse or neglect according to the report.

Missouri Coalition for Quality Care member Ann Bickel said the bigger issue is the amount of cases that go unreported.

"The studies show that only one in five incidents of elder abuse are actually reported," Bickel said.

Bickel said she understands why abuse is prevalent as she has taken care of her 93 year old mother for 12 years.

"It is a very difficult job to be in charge of someone, someone who is either physically or mentally not well. For families that don't have the proper resources, it can be extremely difficult," Bickel said.

Elder abuse happens in nursing homes, assisted living centers and inside the elder's own home.

Bickel said the key is the ability to ask for help through the state hotline.

However, due to budget cuts, the Missouri state hotline is no longer staffed 24/7. If you call between the hours of midnight and 7 a.m., you won't talk to a person, rather you'll get a series of options, one of which is to call back later.

Bickel said she fears some will never have the courage to call back.

The Missouri Coalition for Quality Care asked the Department of Health and Senior Services about the hotline being unmanned when they discovered it, and the department said they cut staff due to budget cuts.

KOMU 8 News reached out to the department to elaborate but they refused to answer questions on the issue.

Officials said declining resources for the elderly isn't the only alarming thing. Missouri Foundation for Health member Ryan Barker said the population over age 65 is supposed to increase by 65 percent over the next 15 years.

With the increasing need for senior care, Barker said it's crucial to find a balance.

"Money is tight, state budget is tight, it is a balancing act between being able to man something like a hotline and being able to provide services and respond to hotline calls. So finding the right balance, ideally we'd have a hotline that was operational 24 hours a day," Barker said.

Bickel is 70 years old and she said she worries about resources being scarce when she needs help. She said money shouldn't be cut from people who can't help themselves.

"Elderly are some of our most vulnerable because many times they are either mentally or physically unable to protect themselves," Bickel said.

The state hotline to report elder abuse is 1-800-392-0210. You can also go to the Missouri Department of Health and Senior Services website for more info on how to prevent elder abuse.