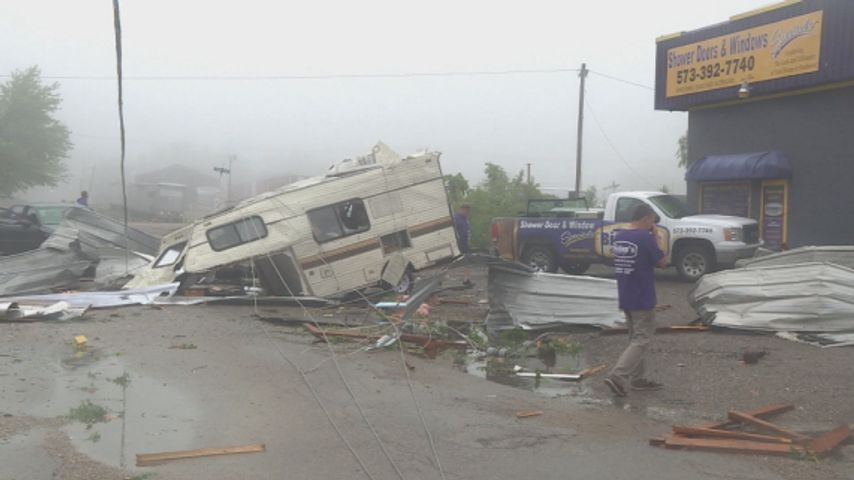 ELDON - The Eldon Police Department is continuing to sort through the catastrophic tornado aftermath around the city.

Many homes and businesses were severely damaged by the tornado.

“I came out and looked, and I saw my table and chairs were off, and the patio was turned upside down.” he said.

The Camden County Ambulance District gathered people in the local Eldon community center, which was being run by a generator at the time.

Jason Bishop, owner of Bishop's Auto Glass, said his first steps will be to tear the roof off and begin picking up debris around the shop.

Although Eldon has experienced severe weather in the past, this is the first time Bishop's shop suffered damage from a tornado.

"Things can be replaced, no big deal. It's just going to take time," Bishop said. "I just hope everyone has patience. That's the main thing. Everybody thinks their damage is the worst, I mean, mine's bad but there's others that are bad too."

Eldon Police said those in need of shelter may go to the Community Center, Church of the Nazarene or Eldon Upper Elementary School.

According to Eldon Parks and Recreation Facebook page, the following building structures were severely damaged, destroyed, or were left in fair condition: