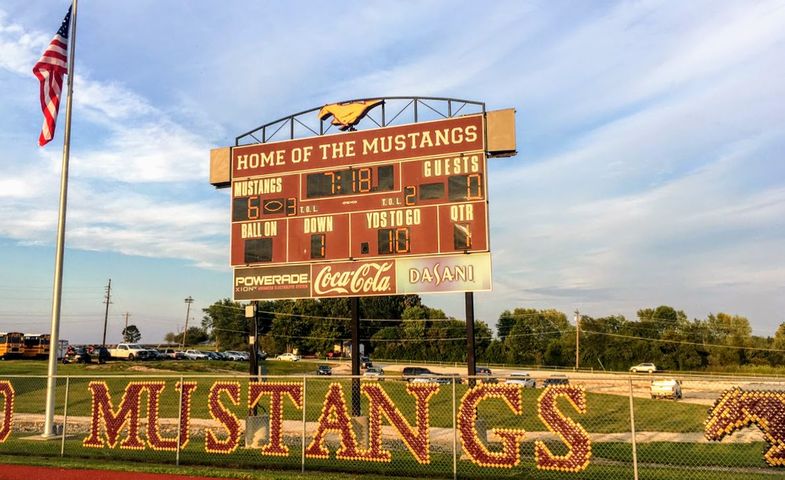 “I had a lot of people contacting my dad saying, wow what happened down in Eldon last Friday?” Dillon said.

Eldon Head coach Shannon Jolley said the team prepares for every game the same, but week two’s matchup held added significance based on where the team wants to go.

“When a team beat you the last two times, specifically for a district championship, that kind of sets the bar. They’re the district champions,” Jolley said. “So there was a little extra oomph because we didn’t want to be in the same situation and we have higher expectations this year.”

Senior running back and cornerback Isaiah Merida also knew how important that game was.

“Adrenaline level was pretty high,” Merida said. “I really wanted to win this game personally and so did the team.”

Dillon said he watched film from the two losses and every one of the Dutchmen 2016 games, with Junior Fullback Isaiah Parsons also sensing the importance of the game heading into Friday.

“I would say there was a little extra motivation because they ended our season last year,” Parsons said. “Coaches preached all week about being mentally prepared for this game.

The journey toward the final score was not an easy road for the Mustangs, as Eldon faced a 34-14 deficit in the second quarter. 33 Owensville points in the quarter would lead to a 46-point half.

“We had a little a talk in our locker room at the half. I was saying how this isn’t going to end how it did last year, we have to step it up,” Dillon said. “I just wanted to get them back from last year.”

Parsons felt a slight set back when the team faced an early deficit, but credits the teams preparation and motivation for avoiding the same fate as in 2016.

“Felt like everybody did stall out for minute there. But then we just kicked it back into high gear,” Parsons said. “There was something in everybody that just kicked in, truly I couldn’t tell you. It just happened. It was crazy. “The intensity and everything picked up in the 4th quarter.”

Eldon stormed back in the second half, taking a 62-61 lead early in the fourth quarter. After allowing 61 points in the game’s first 36 minutes, the Mustangs allowed just one score in the final quarter.

“Early in the 3rd quarter I was starting to get a little tired. But late in the 4th when we were up by one, I wasn’t tired at all,” Dillon said. “We had a lot more heart to win and compete with them. I just kept saying we’re not going to lose this game.”

Owensville quarterback Wyatt Ellis scored his eighth touchdown of the game to give the Dutchmen a late 69-62 lead, but Eldon’s senior running back Isaiah Merida responded with the game on the line. Merida crossed the goal line on 4th down with 40 seconds remaining for his seventh touchdown of the game, before a 2-point conversion gave Eldon a 70-69 lead.

“When we were in the huddle I was saying alright guys we got to get in there this is the last play of our game. If we don’t get in we lose,” Dillon said.

“We Just never give up,” Parsons said. “We were down in the game but came together as a team. I fumbled the ball and felt horrible about it, but we just came together and they all helped me up. I already had trust for my guys, but I really trust them now.”

“We just wanted it more. It’s just a will,” Merida said. “I know the crowd was really involved in it, it made us want to go. We didn’t want to lose.”

Eldon players credited the fans in attendance for the energy on Friday night.

“Just to hear the crowd go crazy and everyone explode, the sideline go crazy, it’s just a special moment,” Parsons said. “It’s really good to have a crowd behind you, pushing you through the game when you think you’re down and out.”

The impact his team has on the Eldon community does not go unnoticed for Jolley.

Dillon said he feels as if this year’s team has a special connection.

“Just to be with our family, be together as one. We do everything together. We don’t ever leave our teammates out,” Dillon said. “I’ve never had anything like it. I’ve never had a family like these guys.”

Dillon said this win serves as an example of what he hopes the team can accomplish this season.

“I think if we keep practicing and playing like we should, I don’t think anyone can beat us,” Dillon said.