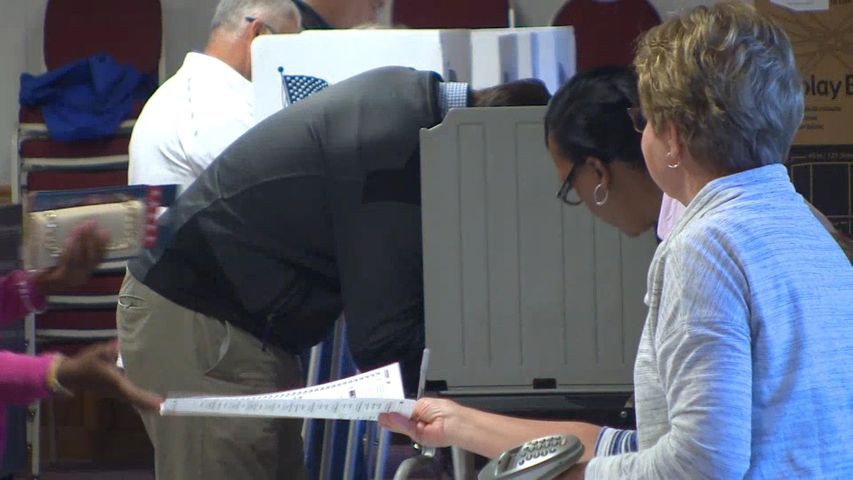 COLUMBIA - As talk of foreign interference in the 2016 presidential election stretches well into 2018, Missouri election officials prepare for the Nov. 6 midterms.

In August, Missouri announced it would use $7.25 million in federal funds to invest in statewide and local election system improvements. Missouri Secretary of State Jay Ashcroft said one involves the lines of communication between his office and local election officials.

In September, the state hosted a National Election Security Summit in St. Louis. The event, led by U.S. Department of Homeland Security Secretary Kirstjen Nielsen, was designed to give state leaders an opportunity to share cybersecurity strategies ahead of the midterm elections.

Ashcroft said this kind of summit had never been held before, and he was grateful Missouri could be the first host.

But, when it comes to the events of election day, it's the county clerks who are, by and large, calling the shots. Ashcroft said his office's main responsibility is to offer support to local election offices.

"In Missouri, it's really your county clerk, your boards of elections that actually run elections," Ashcroft said. "The secretary of state's office generally just makes sure they understand what they're required to do."

KOMU 8 News reached out to Boone County Clerk Taylor Burks for a walk-through of the county's election day protocol.

The first comprises the voting machines at each polling place. Burks said these machines are not connected to the internet. The ballots and results are collected on-site, and cannot be transmitted or accessed remotely.

Burks said, once the machines collect all the ballots, the votes are counted and the total results are physically taken to the government center in downtown Columbia.

After the results from each individual polling place have been brought in, those results are manually entered into a second management system. It will keep a running tally of the entire county's election results. The second system is also not connected to the internet. Once all the county's total votes are collected, the machine will consolidate those numbers.

Burks said the deliberate breaks in the election management protocol allow for better election security. He said, even if someone were to find a way to compromise one of the systems, the separation of the three programs would help contain the outside threat.

Beyond this procedural design, Burks said, another big part of election security comes with staff training for day-to-day responsibilities.

"We train our folks to be aware of what risks and threats there are out there," he said.

The types of threats:

Democratic candidate for Boone County Clerk Brianna Lennon said employees at county clerk offices need to be aware of the various tactics hackers will employ to potentially compromise an election. The most effective "hacking" method, she said, can sometimes be as simple as calling and asking.

"It's not necessarily the situations where we have an anonymous hacker trying to get in through a back door," Lennon said. "It's when somebody calls and pretends like they're part of the I.T. group and asks for a password into the voter registration database."

Burks said the best strategy boils down to hiring good employees and giving them sound training.

"Changing passwords, not storing their passwords on their desktop, being generally conscious of phishing threats, email threats that are out there," he said.

Lennon said the use of software requiring two-factor authentication provides an extra layer of protection.

Ashcroft said his office is keenly aware of the various cybersecurity threats.

Ashcroft said his office has its own in-house I.T. department to assure that each separate election system is properly protected.

He said, although cybersecurity threats get the most media coverage, that's only one of several potential risks, including psychological operations.

Ashcroft said election officials must keep an eye out for attacks of misinformation.

Ashcroft said false rumors of long lines, date changes or polling place closures can impede or prevent Missourians from exercising their right to vote. He said his office and news outlets share a responsibility in stopping the spread of false information.

The importance of an honest election:

Lennon said protecting the integrity of the election process is the foundation for a functioning government.

"The election, that's the basis for our democracy," she said. "So we need to have public trust and confidence in the accuracy and the integrity of those elections."

Lennon said, if voters feel like the system is broken, or that their vote doesn't matter, they are much less likely to participate in the democracy.

"It is a continuous process to make sure that people can have confidence in their election," he said.

"Elections don't just happen once every two years," she said. "Elections are something you have to be constantly preparing for and making sure that you're ready. Come the next time that people will be going to the polls."

To find your polling place for the Nov. 6 midterm election, visit the Missouri Secretary of State's website.