Electric scooter proposals looked at by MU and City of Columbia 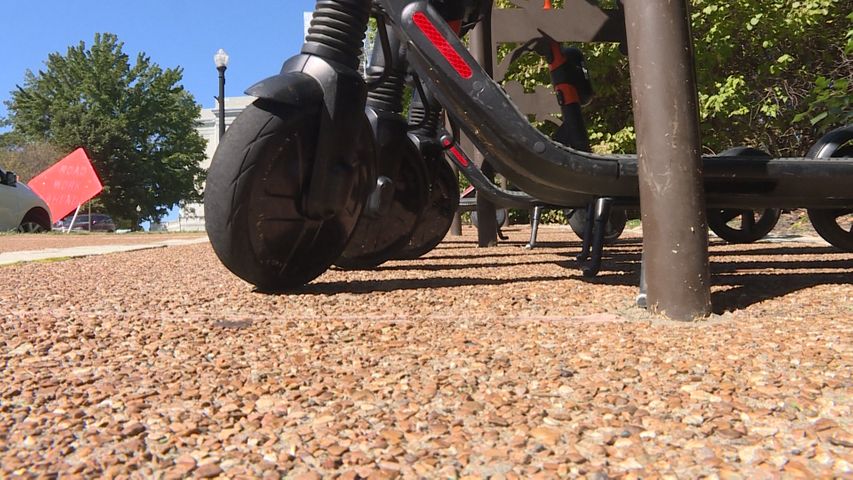 MU and The City of Columbia are collaborating to provide “shared active transportation” in the city and on campus. COLUMBIA- Electric Scooters could be making a comeback in Columbia.

Companies can send their proposals to the Columbia City Council and the University of Missouri until Jan. 24, according to a request for proposals.

MU and the City of Columbia are collaborating to provide a “shared active transportation” in the city and on campus.

The contract will last for one full year but could potentially be renewed for two additional one-year periods.

The potential company must abide by a series of conditions in order to send in their proposal. Those conditions include parking, safety and speed compliance.

The company must have no more than 500 scooters unless otherwise specified by MU or the City of Columbia. There also is a minimum of 150 scooters on MU’s campus initially.

Companies must remove the scooters by 8 p.m. or by dusk whichever is later and must remain inactive till dawn the following day.

Erin Oliver, a student at Hickman High School said she thinks the scooters make getting around much easier.

“I think that that’s something they should definitely do because I am going to Mizzou next year and I’ve heard so much about how much you have to walk around campus," Oliver said. "It would really be nice because it would take a lot of the burden off.”

Riders must sign an agreement that gives detailed notice of all the regulations the city and MU have outlined.

Additionally, a $10,000 regulatory fee must be paid to the city and MU.

Previously, Bird Scooters had a year-long contract that expired in November.