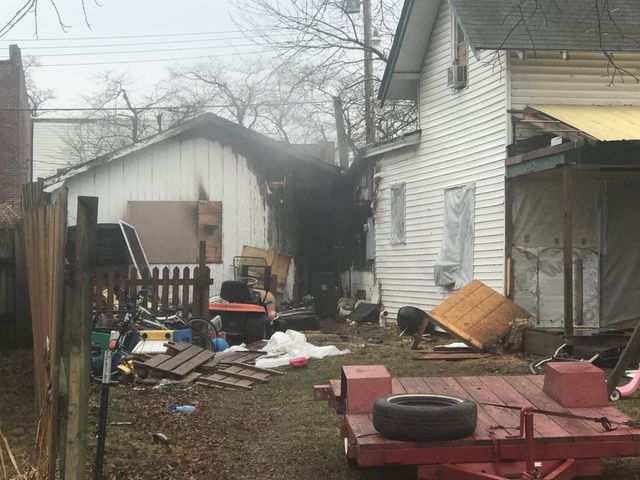 AUXVASSE - A fire has displaced a large family just a few months after they moved into the home in Auxvasse.

None of the 11 people who lived in the home were hurt, but two cats died in the fire.

"Everyone made it out, I mean material stuff can be replaced," he said.

Auxvasse fire Captain Rebecca Stone said the fire, which started at the electrical box in the kitchen, could have been "very serious."

"No one was injured, but there are 11 people that lived in the residence that are without a home at this point. Red Cross has been contacted and they are on the scene," Stone said.

She said there is smoke damage throughout the entire home, even though the fire itself was contained to the kitchen, breezeway and garage.

"It won't be liveable for some time without some major repairs," Stone said.

McCubbin said the home was being occupied "me, my wife, my daughter and her kids, and then my son and his wife and their baby."

For now, the family is unsure what will happen next.

"We just have to pick up and move on," McCubbin said.

He already knows what rooms are completely done.

The homeowner, Chris Gilman , rented to family and knows them very well. Gilman lived here all his life too.

He said he doesn't have much faith in the home's current condition.

"I have to go inside and look at it. I imagine with the water damage, smoke damage, and then obviously the fire damage, its probably a lost cause I would guess," he said, "Its probably a total loss."

"I'm glad everybody's safe and that we all are insured, that's good. We just have to get people out here to make arrangements on what needs to happen next," he said.

McCubbin said he is optimistic about the next steps for his family.