Electronic Devices Can be Used in Columbia Public Schools 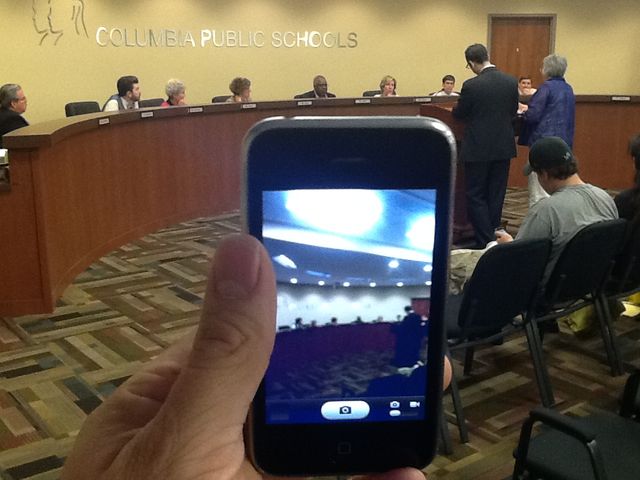 COLUMBIA - Smart phones, tablets and gaming devices can soon be used for educational efforts in Columbia public schools. A new policy was put in place Monday night by the Columbia Board of Education that gives schools the option of using devices in classroom. The current policy prohibits that usage.

"The hope is students will engage actively in education with the devices and that they hopefully won't let it be too disturbing," said board member Jonathan Sessions.

Sesssions acknowledged there will be challenges in avoiding students from being too disturbed by having the devices in class and said an effort is needed to prevent that from happening.

Not every school would have to adopt the new policy if approved. CPS Superintendent Chris Belcher and school principals would be authorized to decide what schools, classes and grades would have the ability to use the devices. Teachers would then have the option of including the devices in their lesson plans when appropriate.

"There is a wide range of ways these devices can be used. It can be anything from putting on surveys and have students respond to things that are happening in class," said Sessions.

One concern was raised by board member Darin Preis on behalf of kids that don't own those devices. Chief Academic Officer Sally Beth Lyon responded that students would never be expected to have the devices in order to access the curriculum or other ressources.

"That would be against policies and wrong. This will be supplimentary and I imagine some students will have devices and that teachers will partner them," said Lyon.

Parents would have to sign a written agreement allowing their child to use the devices in the classroom and officials said they would install filters on the school's network to block inappropriate sites.