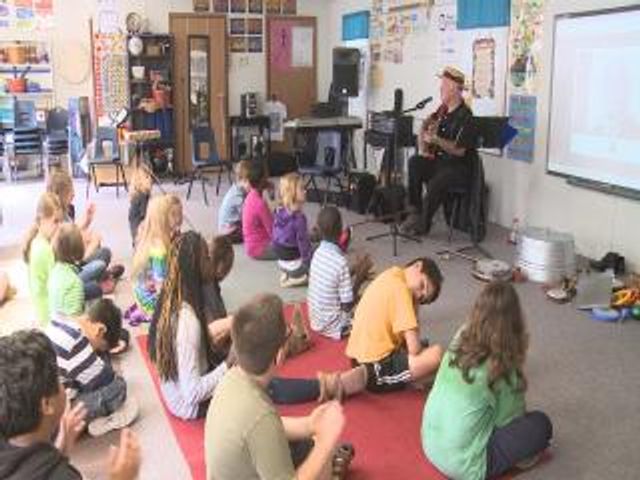 COLUMBIA - Elementary School students got a taste of the blues in their schools during the month of September.

The "Blues in the Schools" program returned to Columbia for its seventh year in a row. This program coincides with the Roots N Blues N BBQ festival and teaches children all about blues history, artists and traditions.

Blues musician, TJ Wheeler has been the program's artist in residency since the program began. Wheeler's musical career started when he was 12 years old. Now, he has devoted his time to spreading blues music to younger generations.

"So through the music you're not only teaching the music but you're really teaching history too. History that has too often been ignored that is important to pass on," Wheeler said.

Elementary school students get to sing, dance and play along with Wheeler as he teaches them some famous blues songs.

Grant Elementary School music teacher, Pam Sisson, started the program back in 2007 with the help of Boone County Nation Bank.

"We had such a great time the first year, then it became our passion to spread it to other elementary schools and other kids. You know our kids wouldn't know what to do if they didn't have their blues musician come every year," Sisson said.

Since then the program has grown to include students from many different schools across Columbia.

The goal of the program is to ultimately bring back music into the schools.

Students will continue learning about the blues until the end of the month.