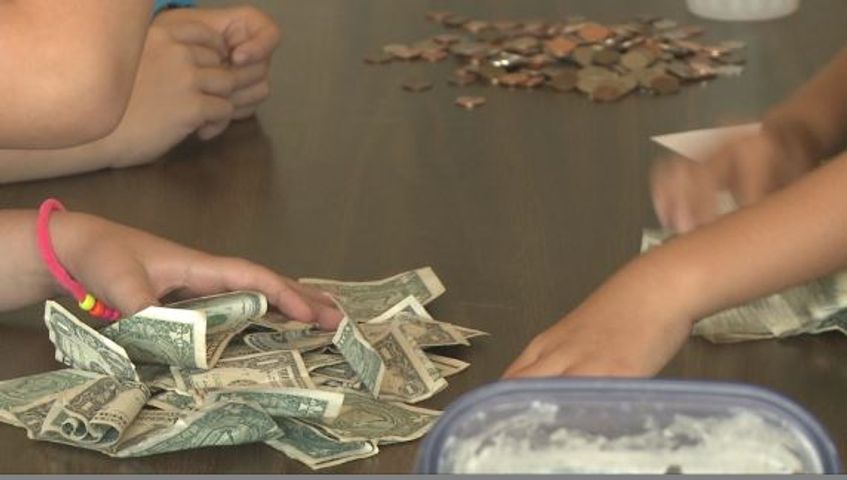 COLUMBIA — When Rock Bridge Elementary student Myles Putnam set out to raise $1,000 for St. Jude's Hospital after his mom was diagnosed with early stage breast cancer, he had no idea just how much of an impact he would make.

"I told my mom and dad I wanted to do this because my mom had cancer and it was really important to me because I didn't want another kid to have cancer," Myles said.

After he made his presentation to his second grade class, his teacher, Rachel Howard, decided to build a class project around his idea.

He said Mrs. Howard's class went around to other classes to present their project.

Myles's mom, Darcie Putnam, said she loves to hear the stories from parents and teachers about the students' work to raise money.

"They've had lemonade stands, helped elderly neighbors, given up allowances and it's just so neat to see young children be world-changers," she said.

She said when Myles began wrestling with the Columbia Wrestling Club, he was able to ask people to sponsor him for wins, which started his idea to raise money.

His mom said the project has inspired her to tell other parents to let their children dream big.

"He had a plan and he wanted to raise a bunch of money and me and my adult self thought, 'There's no way,'" Putnam said. "He needed to be able to dream big and I thought, 'Let's go for it.'"

Howard said the project has allowed her students to not only improve their math skills, but writing and public speaking as well.

"Once we started, it got bigger and bigger and the kids could handle it. They were adding numbers that they shouldn't be able to do," Howard said.

She said her students were responsible for counting the money from all the other classes involved.

Myles said the project has even helped him decide what he wants to be when he grows up.

"I want to be an oncologist. This inspired me to do it," he said.

Rock Bridge Elementary will have an assembly Tuesday to announce the total amount of money raised.