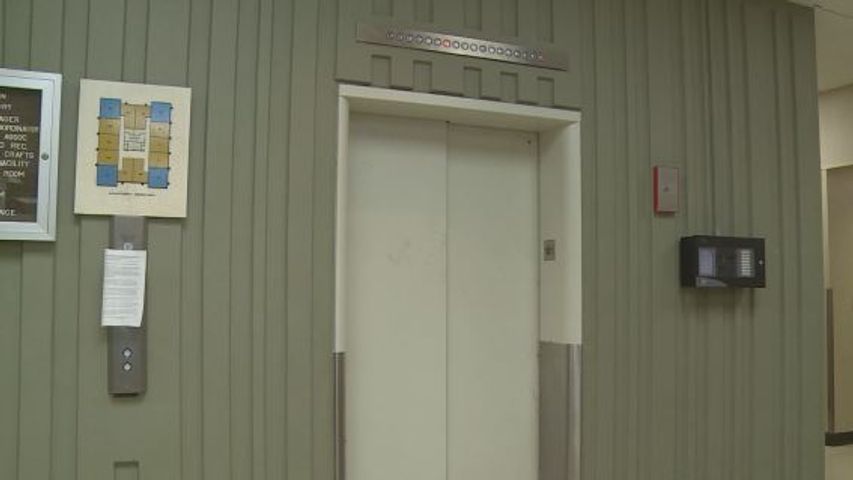 COLUMBIA - The Paquin Street Tower's elevator broke down Friday, which was a problem for the multiple people who live in the building.

The elevator stopped working around 3 p.m. and didn't come back in to use until 8 p.m.

The tower is occupied mostly by handicapped or disabled people, so having a working elevator is key for getting to and from their rooms. The elevator being broken came at a time when the other elevator in the building was shut down due to upgrades.

In July, the Stuart Parker Housing Development Group, which runs the Paquin Street Tower, started fixing the elevators in the building.

Meanwhile, apartment renovations are also taking place in the building. This has left some residents upset at the order of which the work is getting done.

"They got this one backwards. They should've done it before they re-modeled the apartments," Paquin Tower resident Tom VanBooven said. "It's stressful for everybody. I got stuck in the elevator about 3 months ago, and I was real scared."

VanBooven said the elevator issues have been happening for a while now, and he hopes the people running the building pay more attention to incidents like these.

"They should have a manager here all the time, for safety," VanBooven said. "I'd like to see the manager here, checking out what's going on."

The elevator renovations are expected to be done by December.