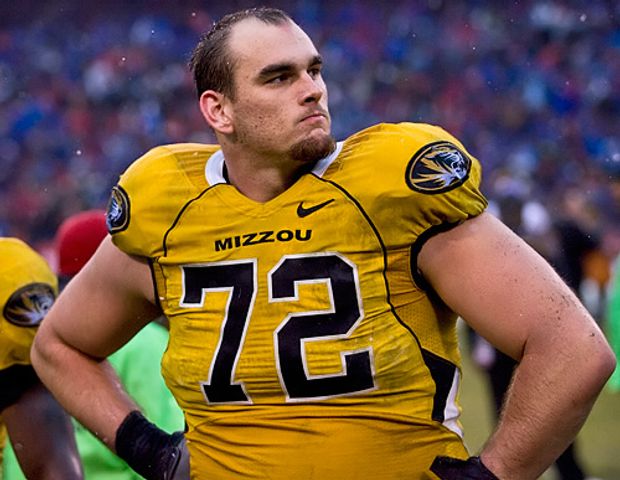 COLUMBIA - The MU athletic department said Monday Elvis Fisher will be out for the season with a ruptured patellar tendon in his left knee. He is expected to undergo surgery Tuesday. Missouri football captain, Fisher injured his knee during Monday morning practice. Fisher was participating in a drill with teammates when the injury occurred.  Fellow teammates and coaches assisted Fisher off the field.

Coach Gary Pinkel states, "He's got a very serious knee injury. I think it's very serious, we will know more about it as soon as, probably get MRI's is what they are talking about right now. But it's very significant... I really feel bad for Elvis. That's where, there's a guy that's been redshirted and a three year starter. Never missed a game, never missed a play because of an injury and has worked so hard as a leader and a captain, all that stuff that goes with it. So that's the toughest thing that you go through personally as a coach but bottom line is when I use the term move them over move them up. You're very concerned about the player but bottom line is we got to play football and we got to win football so other guys have opportunities."