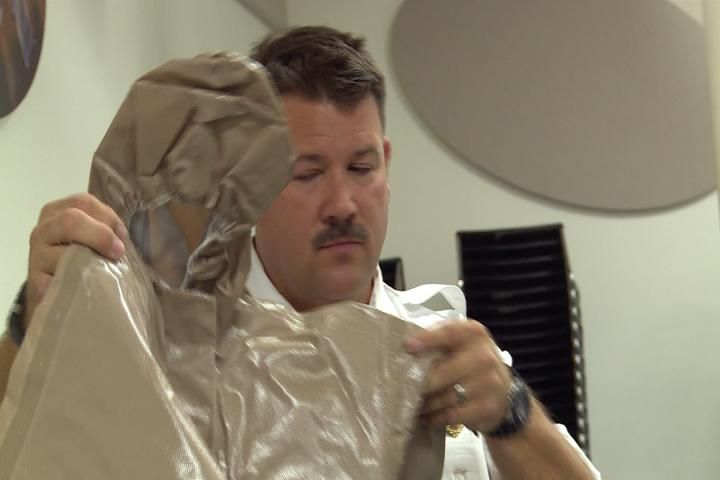 COLUMBIA - Columbia/Boone County Public Health and Human Services partnered with public safety agencies and community leaders to announce a plan in the case of a possible Ebola diagnosis in the area.

The panel Tuesday made up of representatives from EMS, hospitals, law enforcement, public health and the office of emergency management created a integrated plan should a case of Ebola come to mid-Missouri and shared it with the public.

Andrea Waner, a spokesperson for Health and Human Services, said University Hospital in Columbia would receive patients who doctors suspected may have a case of Ebola and is prepared should the need arrive.

The plan begins with pointed and throughour questioning by 911 dispatchers and emergency responders to determine the likelihood someone who may say they have the disease truly does.

Waner said if and when emergency responders identified someone they believed to be at high-risk for having the Ebola virus, would notify MU Health Care to ensure staff was prepared for the patients arrival.

MU Health Care would oversee the disinfection of ambulance crews and vehicles in a control decontamination unit near the hospital.

Gale Blomenkamp is a spokesperson for the Boone County Fire Protection District and said fire crews will undergo additional training for responding to infectious disease cases, like Ebola.

"We're are training together and we're all trying to get on the same page as far as what to expect," he said. "We're training our people for what a potential response would look like from the time that person called 911 to the time we delivered them to the hospital."

He said the 911 responders would first answer a series of questions, specifically about if they have traveled or been in contact with someone diagnosed with Ebola or animal species native to West Africa.

Blomenkamp said fire crews would continue the questioning sequence when they arrived.

"If we determine that yes, this is a potential Ebola patient then really it turns into almost a haz mat, hazardous materials type response where our people need to slow down. We need to get on the personal protection equipment recommended by the CDC and stuff that we're carrying and then approach that patient, obviously with caution."

He said it's critical his crews understand how to properly "donning and doffing" the protective equipment before, during and after interaction with a possible Ebola patient. He said that this would be no different, however, than any other patient with a potentially infectious disease.

"Really it's not a new training it's just a retraining, " he said. "All of our people, all of our staff is trained on the equipment that we're going to be carrying and that are people are going to be wearing on the known cases."

The Columbia/Boone County Public Health and Human Services stressed the importance of sharing correct information and ensuring the low risk of Ebola spreading to mid-Missouri.