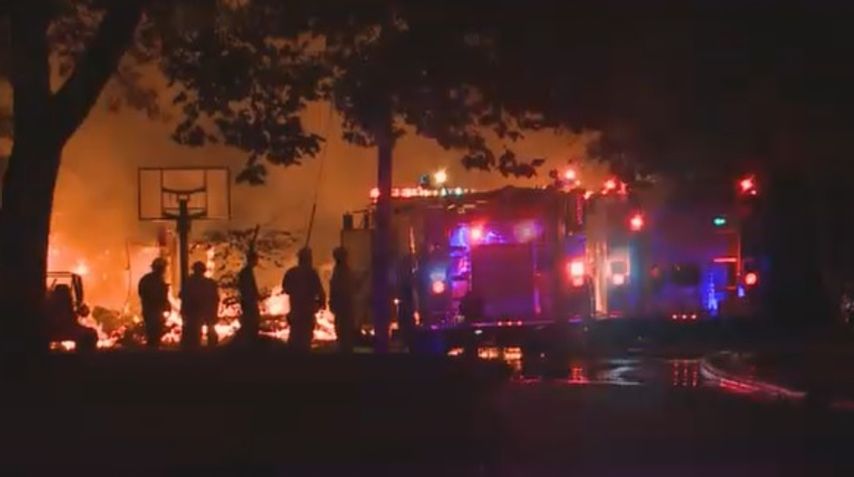 The fire happened along Mexico Gravel Road near Manchester Drive.

Firefighters said they expected a total loss of the barn. They said everyone inside the barn had evacuated by the time fire crews arrived on the scene.

Firefighters said when they arrived at the scene they saw a majority of the fire come from the second floor where hay was stored. They said the barn was mostly filled with wood and hay so the building burned quickly.

Battalion Chief Bruce Cutter with the Boone County Fire Protection District said when he arrived at the scene the fire had already engulfed the barn.

"It was hot. It was a pretty nice barn, I can tell you that," he said.

He believed the owners of the barn were on the scene but he could not identify them.

Boone County Joint Communications issued a traffic advisory at about 8:00 p.m., telling drivers to avoid Mexico Gravel Road between Highway PP and Manchester Drive North because of a structure fire.

The scene of the fire from where I am allowed to stand. @KOMUnews pic.twitter.com/7bkUH2uczp

[Editor's note: This story has been updated to include the most up-to-date information.]