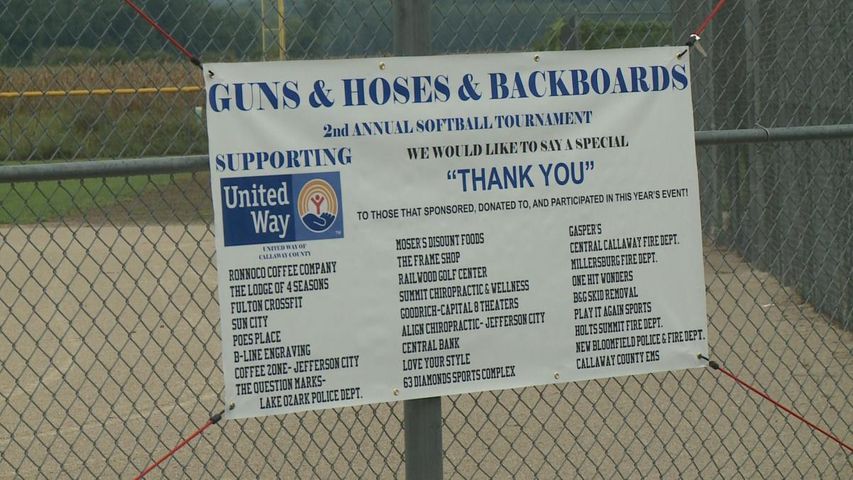 JEFFERSON CITY - Law enforcement, fire departments and other emergency personnel joined together Saturday to compete in a charity softball tournament.

Hammann started the tournament in Callaway County last year, which raised over $1,000 and had four to five teams participate. This year, Hammann tried to expand the event.

"I reached out to some other surrounding counties this year and I tried to make it a little bigger," Hammann said. "We added some silent auction items and hope to raise more money than we did in the previous year."

Seven teams played in the tournament this year, and Hammann said he hopes it continues to grow.

"We want to stay in Callaway County and kinda move it around maybe every year," Hammann said. "I'd like to do it in maybe Holts Summit next year or one of the other surrounding areas, just to keep it going."

Aside from organizing the event, Hammann also played on the New Bloomfield Fire and Police team.

"I like to do both, I like to be the one to organize and to be a player, kind of to get in and play against some of the rivals in the county or some of the different departments," Hammann said.

And even though it is for charity, Hammann said the teams really like to get into the game.

[Editor's note: This story has been updated to add in the winning teams.]