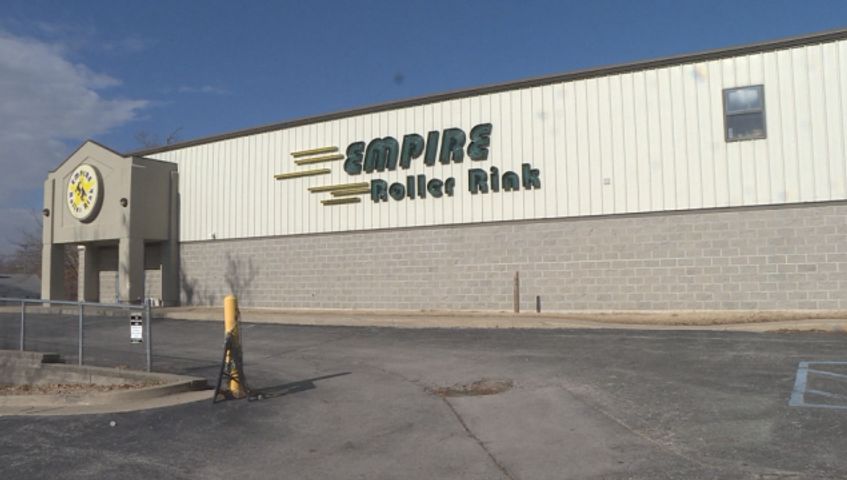 COLUMBIA - After 80 years in operation, the Empire Roller Rink is closing down on Jan. 6. Show-Me Central Habitat for Humanity bought the building to expand its current facility.

The Trent Family opened the rink in 1938. Willie Trent, its current owner, tried to sell it as a roller rink without success.

"There were very few people and the people who did wanted as a rink they didn't have the money, they couldn't close the deal or make a contract on it," he said. "They just couldn't afford it."

Trent said he agreed to sell the building to Habitat for Humanity because it is a good cause.

"It's for the community," Trent said.

Jessica Farris-Ginther said she has skated at the rink since she was a child. Now, she brings her son to the Empire Roller Rink to follow in her footsteps.

"I've been coming here since I was five or six, his age, with my mom and brother and dad," she said.

For some people, the Empire Roller Rink is more than just a place to have fun.

Moo Paw practices competitive skating with her team at the rink.

"For lessons, I come twice a week and for fun, on the summer I come all week but usually just Saturdays," she said.

Trent said that just like Farris-Ginther many other people have grown up skating at the Empire rink.

Trent said, "the rink is my life." He actually lives in an apartment located at the rink.

"I grew up in it, I mean my dad ran the rink and after he passed my mom ran the rink, and after she passed I ran it," he said. "It's always been just something that I did."

He said running the Empire rink has required a lot of commitment on his part.

"There was a time when I counted up and for 50 years I never missed a Friday or a Saturday," Trent said.

But after years in charge of the family business, Trent has decided to retire.

"My kids, they are established and they don't want to work nights and weekends," Trent said. "This is almost like a restaurant business or something, you have to work a lot."

Empire is the only rink in Columbia. Skaters will now have to travel to the "Sk8 Zone" rink in Jefferson City.

"It's sad, it's super sad to see it go but I'm happy for the owners to get to retire," Trent said.

Paw said the closing of Empire would make it a little harder for her to come to skating practices.

"A bit harder for my dad because we have it after school on Wednesday, sometimes," she said. "My dad will have to drive me to Jefferson City."

"He's definitely developed the sport around here, helped roll skating stay in the mainstream of the kids’ activities," Esterline said. "He's a livelong memory of the skaters."

"There's times when I get really busy, sometimes the customers come behind the counter and help," he said.

He said he will miss the rink but he's glad to be able to retire after 55 years of running his family business.

However, he said it won't be easy to see his family tradition and a landmark in the community die.

"This next week it's going to be a really interesting week because I've had a lot of people come in and shed tears about the place," he said. "It's like a family thing."