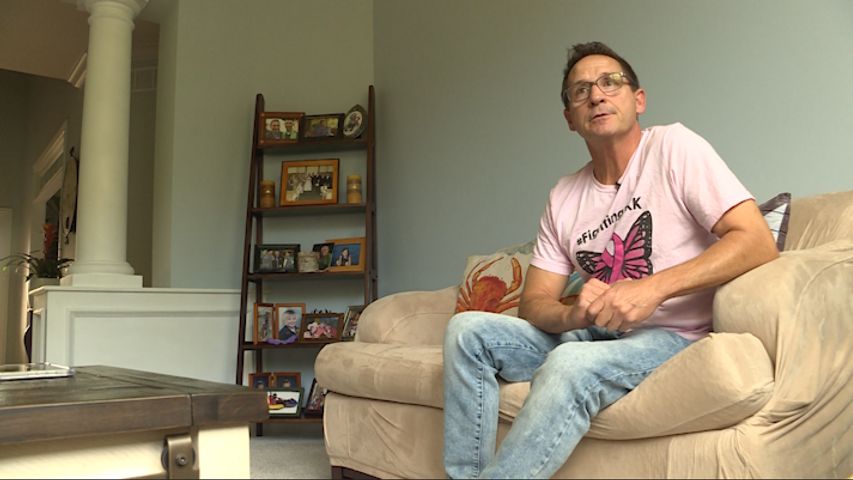 Tom Klucking lost his wife of 18 years to breast cancer in September. 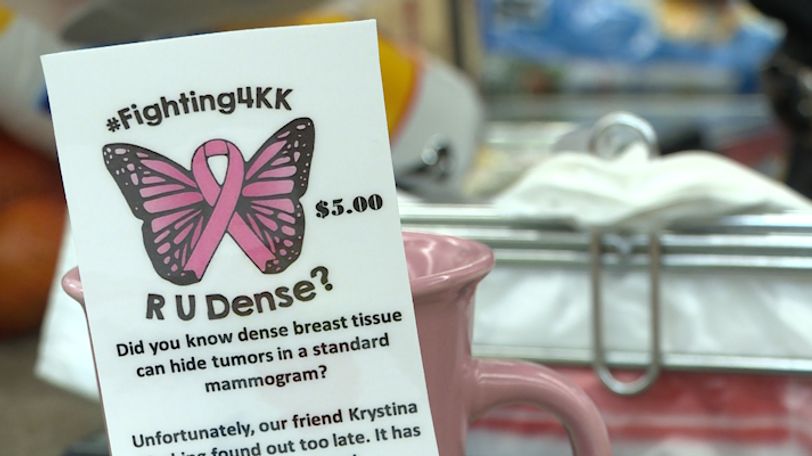 Columbia Hy-Vee stores are rallying behind Tom Klucking in his effort to raise awareness for breast density.

COLUMBIA - It's only been about two months since Tom Klucking lost his wife, Krystina, to breast cancer. But, his fight against the disease is far from over.

"I can sit there and, you know, feel sorry for myself, but I owe it to my kids, I owe it to her legacy...to fight for her memory and make a difference," Tom said.

"She went in for a routine mammogram and it came back clear. Everything was fine, and she just had a feeling that it wasn't fine," Tom said.

Untitled slide project
Infogram
It was a blindside attack the couple wasn't expecting.
"We asked, how can that be, and that's when we learned about density," Tom said.
In March 2016, Krystina learned she had dense breast tissue that disguised a 3 centimeter tumor. Tom said doctors categorized Krystina's breast density as a 4 on a 1 to 4 scale.
"It requires an ultrasound and an MRI to do what a typical mammogram is supposed to do," Tom said.
His wife endured four different types of chemotherapy and more than a dozen rounds of radiation. Her treatments included targeted radiation of her brain and liver when the cancer started to spread.
It's this part of Krystina's fight against cancer that is the hardest for Tom to recount.
"It brings the battle to the forefront. I mean, you're battling for your life," Tom said. "You're battling for all this stuff that most of us, you know, myself included, you take for granted, you know, marriages, grandchild, the next Christmas."
Krystina lost her battle with cancer on September 2. She was 52.
"Maybe not a guarantee, but just maybe it could have been detected earlier and we could have had a different outcome," Tom said.
He's not done fighting, but instead picking up Krystina's mission.
"That was her battle cry, 'Are you dense?'," Tom said.
He wants to arm other women with the knowledge of breast density.
"If they don't understand density, they need to see their doctor and say, 'Explain this to me and can you tell me if I'm dense.' Just as simple as that," Tom said. "As much as it is painful, I have purpose."
Tom is also a former Hy-Vee store director and retired after more than 30 years with the grocery chain this past summer to spend more time with his wife. Now, his former worker family is joining him in the fight.
Rock Bridge Hy-Vee Store Director Matt Off was quick to help out.
"I just really feel strongly that this is a great way for us to help raise awareness and keep her memory alive," Off said.
At the Columbia Hy-Vee stores, you'll find different pink display with the catchy #Fighting4KK and an important question, "R U Dense?" Hy-Vee employees helped Tom create the T-shirts and pins using inspiration from one of his daughter's tattoos.
"Tom felt very strongly about when we were getting the shirts made and the pins made to teach people to ask that extra question," Off said.
He said 100 percent of proceeds from sales of these items will go toward the #Fighting4KK fund to raise breast density awareness.
One female shopper said she had never heard about the issue before until she saw the information at the check-out counter.
"I didn't know that women with dense breasts [cancer] couldn't be identified," Hy-Vee customer Lani Tadlock said. "I'll talk to my mom about it."
Tom wants to prevent someone else from having to fight the same war that took his wife of 18 years.
"If I can help bring awareness so somebody finds it before, I'll rest in peace," he said.
For Tom, educating other women and potentially saving a life is a victory.
"Battle won," he said. "I just have to do it. I just have to do it for her."
Off said Hy-Vee stores plan to make the #Fighting4KK fundraiser an annual event. The stores will keep the displays up through at least the rest of October for breast cancer awareness month.
If you're interested in learning more about #Fighting4KK or giving to the cause, friends created a GoFundMe page.