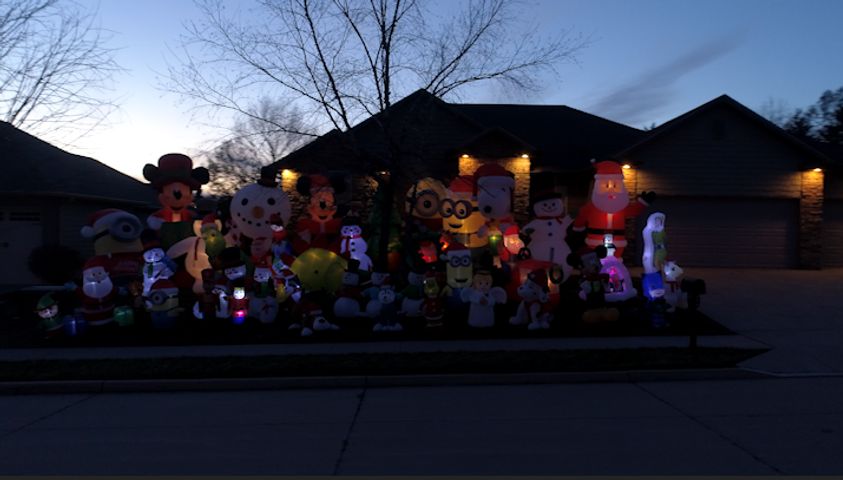 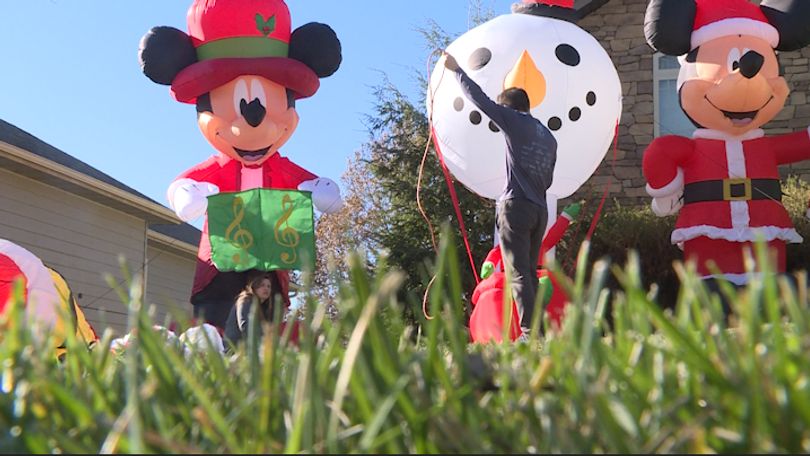 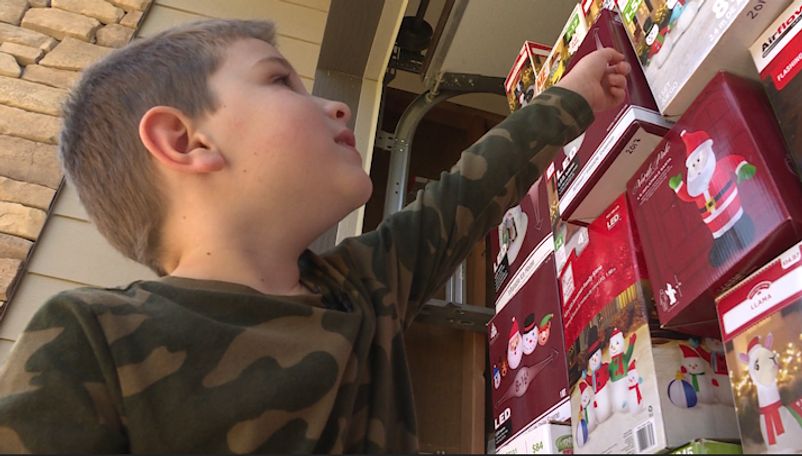 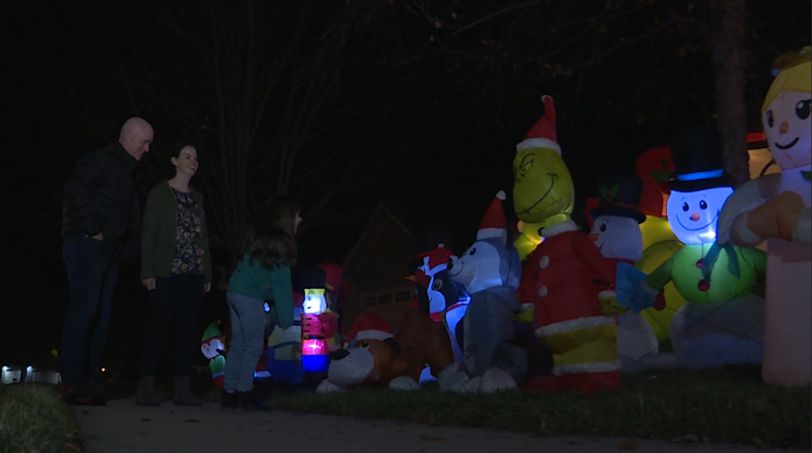 COLUMBIA - The Hughes' family puts together their Christmas jigsaw puzzle in their front yard around Thanksgiving every year. It's made up of about 50 inflatables ranging from snowmen to minions to Mickey Mouse.

"We have ten more than last year, so we're going to have a logistical issue to deal with to see where they'll all fit," Chris Hughes said.

They've been putting out the inflatables for about the past eight years. The tradition started with their eldest son who loved them, but then the obsession really grew with their younger son, Owen.

"I just kind of feed off of that and I got kind of addicted for a bit," Chris, Owen's dad, said.

Their annual tradition keeps growing and growing. They add new characters to the mix when the decorations go on sale after the holidays.

"We want to make room for the new ones, and it's all a matter of trying to figure out how to fit them all together in a finite amount of space," Tiffany Hughes, Owen's mom, said.
You could say their love for Christmas inflatables has snowballed.
"Well, we said that years ago, 'Enough is enough,' and we just keep getting more," Chris' dad, Kevin Hughes, said.
The grandparents join in, too.
"It's a family affair," Kevin said. "It's just an excitable day."
Kevin and his wife, Mary Lou, play key roles in piecing together the display. Kevin helps get the inflatables up, while Mary Lou helps watch the boys when their interest in the project wanes.
"There's not a patch of ground that doesn't have a stake in it or an inflatable," Kevin said.
"They're all three like little kids again, and that's what the joy of Christmas is," Mary Lou said.
"We know some people think it's tacky, but we do it because it's fun," Tiffany said. "It's something that we do together as a family and it makes us laugh."
It takes the family about eight to 10 hours to solve the holiday puzzle. When everything fits into place and the sun goes down, their hard work shines.
"It is glorious," Mary Lou said.
"I'm happy with the way it turned out. It looks even better this year than it did last year," Chris said about this year's finished product.
Neighbors said they like the large display.
"I love it," Jane Fiore said, who lives across the street. "My husband loves the fact that they do all the work and he gets the joy of watching it... It's also a great way to give directions to somebody coming to your house."
For children in the neighborhood, it's a holiday favorite.
"My daughter loves it. So, it's a good reason to take a walk. It's just nice to have those memories to kind of hold onto when you look back down the road," another neighbor said.
Chris said it brings his family joy that other people appreciate their tradition.
"I hope they don't think we're crazy," he said with a laugh.
50 inflatables and hours later, you'll find a Christmas puzzle that pieces together the best parts of the holiday season all in one front yard.
"It's kind of like an ugly Christmas sweater, it's an ugly Christmas yard and we recognize that and that's okay with us," Chris said. "We enjoy it and we have fun and that's what it's meant to do, to have fun and enjoy the holidays."
If their display wasn't already big enough, their next door neighbor offered up their front lawn for more space next year. Chris said his family might take them up on that.
The Hughes' Christmas display is located on Chelan Drive in the Cascades neighborhood on Columbia's southwest side.