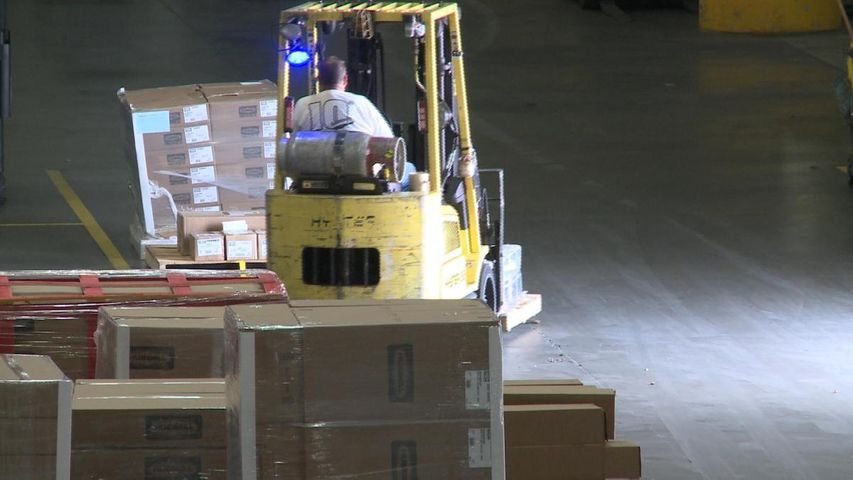 CENTRALIA - Clean Line Energy, a Texas-based company hoping to build a 750-mile power line spanning from Kansas to Indiana, announced Thursday it has entered into an agreement with Hubbell Power Systems, Inc. to manufacture hardware and the core of the polymer insulators for its controversial Grain Belt Express power line project.

The project, which aims to move wind energy across the Midwest, is currently before the Missouri Public Service Commission (PSC).

Clean Line Energy claims the partnership, if the project is approved, would create 65 jobs at Hubbell's facilities in Centralia. Clean Line Energy also announced an agreement to create jobs in the Kansas City area.

John Bliven, Business Unit Director of Civil and Construction Products at Hubbell, said the project would be a boon to the area.

"I think it will have a very favorable impact, not only on Centralia, but on Missouri," Bliven said. "We're talking about good jobs. Family-supporting jobs in manufacturing, logistics, customer service and engineering."

Three of the PSC's five commissioners expressed concern about the project, citing opposition from some landowners affected by the project. According to the Associated Press, the commission is likely to order against it.

Gary Kribbs is one of those landowners. He said the company's proposals to use eminent domain to acquire land for the project would destroy his land in Moberly.

"Within about 400 yards from our house, it would go through land that my wife and I bought in '96 with a dream in mind," Kribbs said.

That dream is to give the property to his grandchildren.

Kribbs said eminent domain is required by law to be used for a "public good." He said giving land to a private, for-profit company does not meet this requirement and goes against American values.

"This is my freedom to own a piece of land," Kribbs said. "This is a private, for-profit entity who wants to gain eminent domain through whatever means necessary."

Kribbs also said he worries about possible health effects as well as how the power lines would hold up in severe weather.

"We want to work as closely as we possibly can with landowners," said Clean Line Energy President Michael Skelly. "If we need to move the line around a little bit, by golly, we'll do that."

Skelly said he hopes to "present the merits of the project" to the commission. He said the project is a "great thing" in terms of jobs, clean energy and new infrastructure. He hopes to convince the PSC and members of the public to get behind the project.

"We hope that on balance, they'll look at a project that's going to deliver clean energy," Skelly said. "Some of the discussions with the PSC have led us to think 'Alright, let's make sure we get the full story out there.'"

Kribbs said he will remain vehemently opposed to the project. He worries Clean Line Energy could end up bypass the PSC and to the Federal government if the commission refuses to grant the company eminent domain rights.

"This is a private concern for a profit money, it's going to run roughshod over countless families in the state of Missouri," Kribbs said. "I will keep on fighting if I have to."

The PSC is expected to take a final vote on the project later this summer.