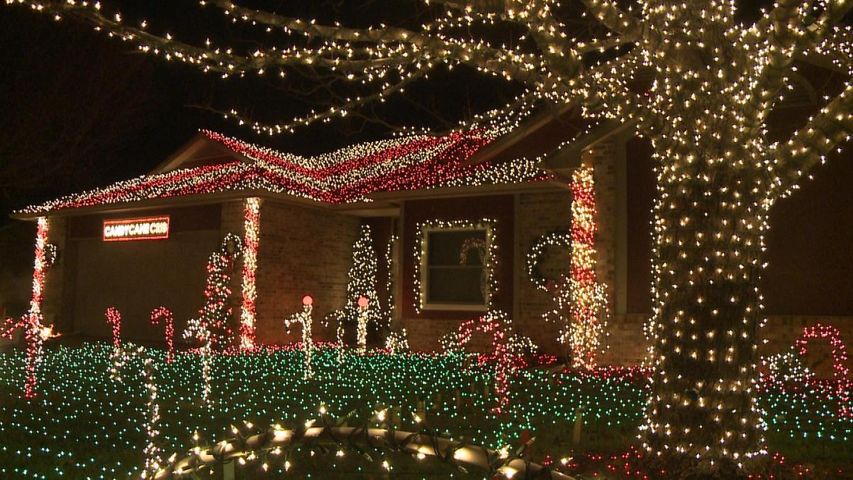 COLUMBIA - ‘Tis the season for holiday lights and decorations. For Ryan Schultz, decorating his house in Christmas lights is a yearly tradition.

"I'm a big fan of Christmas so more is better, Schultz said. "So I keep adding something new every single year."

Schultz decks his house with more than 35,000 lights. With so many lights it adds an additional $200 or more to his December electric bill. He had to have an electrician add 6 additional breakers because the lights suck up so much energy. That hasn't stopped him for the five years he's been lighting his house.

"It's worth it, did you see all the traffic," Schultz said. "This is great, spreading Christmas cheer."

He hangs up lights for local houses around town to earn extra income to offset the money he spends on the lights. One way to save energy is replacing the incandescent lights with LED lights.

"Christmas tree lights that are done with LED bulbs are great because they put out a low amount of light and for very very cheap, not much energy is being used," Connie Kacprowicz, Columbia Power and Light Communications Supervisor, said.

Kacprowicz said people can save between 80 to 90 percent on their electric bill by switching to LED lights.

"If I had more money, eventually I want to transition to LED because it'll be so much easier to plug everything in because you can string so many more lights," Schultz said. "With these lights I have to kind of add more amps, add more breakers to light it all up... I would like to do LED lights but I can't afford it."

"Maybe look for the sales to show up on those Christmas lights and slowly start replacing them," Kacprowicz said. "They'll last a long time and so your savings over five to ten years will be quite substantial."

Another way to offset the cost caused from incandescent lights is to keep them off during late hours.

Schultz doesn't have a timer, but he does turn the lights off every evening at 10 p.m.


To see how much energy can be saved by switching to LED lights, there are online calculators that can be used to show the difference.