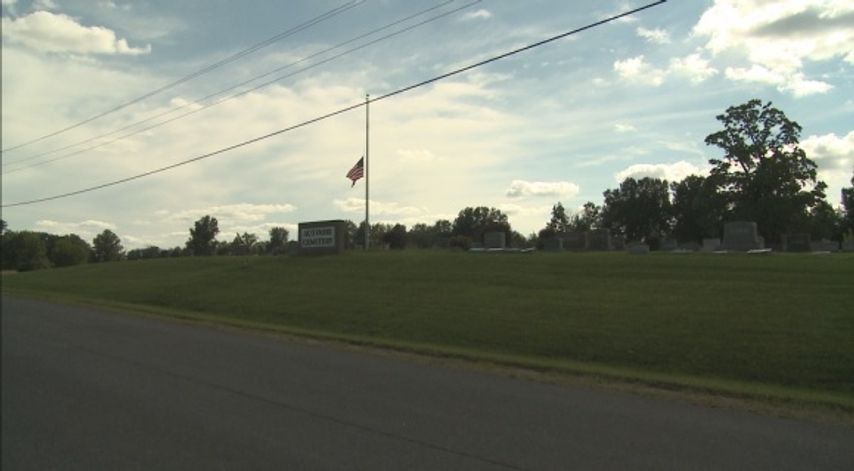 AUXVASSE - Residents and city officials met Saturday to discuss the enforcement of an 11-year-old ordinance at Auxvasse Cemetery.

The ordinance in question, Ordinance 572-2004 section 10 D-G, lists the actions that people may not take inside the cemetery:

In addition, the ordinance states the caretaker has the right to remove any flowers, real or fake, from graves.

Meeting attendees brainstormed changes Saturday that could be made to the ordinance and decided to start a cemetery committee.

In the June 2015 city newsletter, the city said the 2004 regulations at the cemetery have not been enforced properly. The newsletter said the ordinance would start being enforced in July, which led to complaints from residents at the Auxvasse Board of Aldermen meeting July 14.

Northward Alderman Stephanie Leverett proposed moving Shepherd's Hooks closer to the graves and allowing trinkets to be in the cemetery if they are placed on the headstones.

"It's difficult for mowers and caretakers alone just to maintain the cemetery," Bertschinger said.

Danny Bradley, a Callaway County resident who lives about 11 miles from the Auxvasse city limits, said he was upset upon hearing about the ordinance's enforcement. He said he was never notified of the rules when he and his family bought plots to lay his father and sister to rest.

"The Auxvasse Cemetery has traditionally been a place where people could pay tribute and memorialize their loved ones," Bradley said.

Bradley's family has been placing Shepherd's Hooks and mementos, currently prohibited items, on the grave plots for years to remember loved ones.

When asked why the city decided to start enforcing the ordinance now, Bertschinger said there's really no good answer to that question.

"You've got to enforce it at some point," Bertschinger said.

He said he thought the reason some residents in the community were so outraged is because they had "fresh wounds" from people who died recently.

"I think it has a lot to do with some of the younger generations that have been buried out there," Bertschinger said.

He said while nothing is currently set in stone, the city wants to compromise.

"I'm sure the ordinance will be changed one way or the other," he said.

Bradley said he feels like the Board of Aldermen listened to residents' complaints and responded accordingly by holding the meeting.

He said he wants to join the cemetery committee, which plans to meet for the first time Aug. 3.