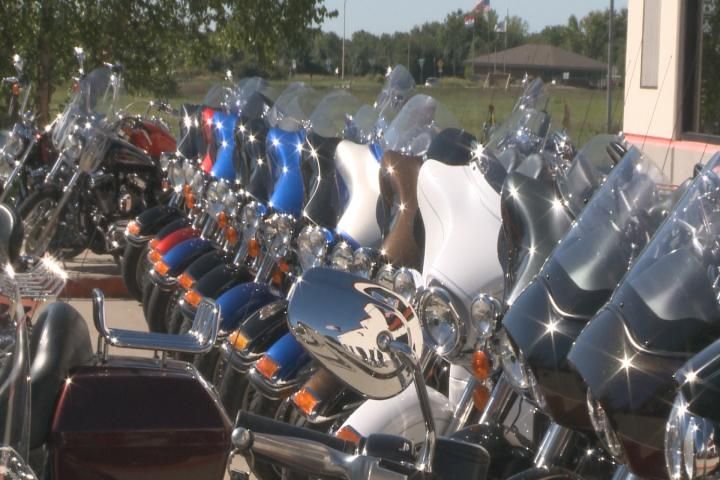 This week is the third time the store has been open on a Sunday. Gov. Jay Nixon signed a bill into law June 23 making it possible to sell motorcycles on Sundays. It was previously against the law in Missouri to do so.

"It gives my customers an extra day that they typically have off to come out and shop. Sometimes its hard for people to get up here during the week with work," said Tillitt.

Tillitt said sales haven't increased by a lot just yet.

"We haven't seen a dramatic spike in our sales right away but being it's so new...that's anticipated," said Tillitt.

Harley Davidson is the only motorcycle dealership in Columbia right now that is open Sundays. Tillitt said the store is in a trial period and could take the Sundays away in the winter when sales slow down, but they do anticipate being open on Sundays in the Spring.

"We haven't figured out if it will be cost effective yet but I am confident that it will be in the future," said Tillitt.

Tillitt said the other dealerships in the area may not be open on Sundays still because they've been set in their ways for a long time and it's something new. He said a lot of people like having their Sundays off and he understands that.

"But to stay competitive, you have to stay open," said Tillitt.