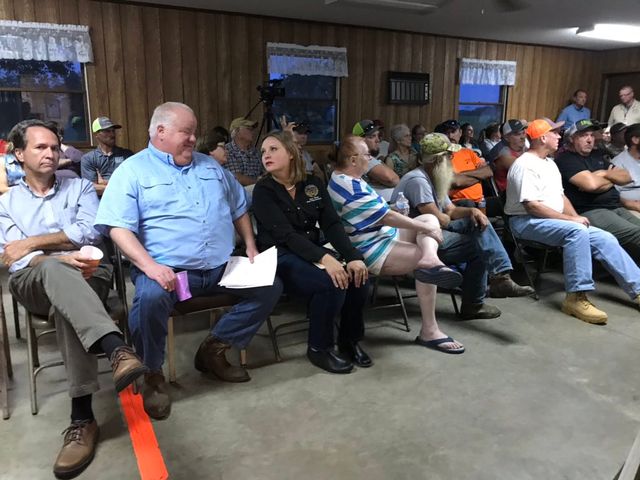 Englewood is a small, unincorporated community just east of Ashland in Boone County. The closure involves a stretch of Route H east of Columbia Regional Airport.

People were upset there was not an alternate route planned to allow for easy access to their homes.

Community member Sharon Adams planned the meeting and invited officials in hopes of planning a safe, alternate route for residents.

“I just came home and got on the telephone and started emailing people saying we have a critical situation and we need to do something about,” Adams said.

Adams said, a road closure that long is an inconvenience, and she wishes the community was included in the plans from the start.

“I kinda got the impression at first that life didn’t exist beyond east of Columbia Regional Airport and we have a fairly substantial population in this area,” Adams said.

About 70 people were expected to show up to the meeting. Officials from city, county and state level showed up to listen and provide input. Columbia Regional Airport Manager Mike Parks also attended.

Southern Boone County Fire Protection District Chief Jim Bullard said he showed up to advocate for the safety of the community. He said emergency response times would be greatly affected if the road closed.

"Anytime you have local government and citizens interacting, that meeting is important," Bullard said.

A decision was not made at the meeting, but community members said they are still hopeful that officials listened. KOMU 8 was told there is another meeting planned for next week at the airport.