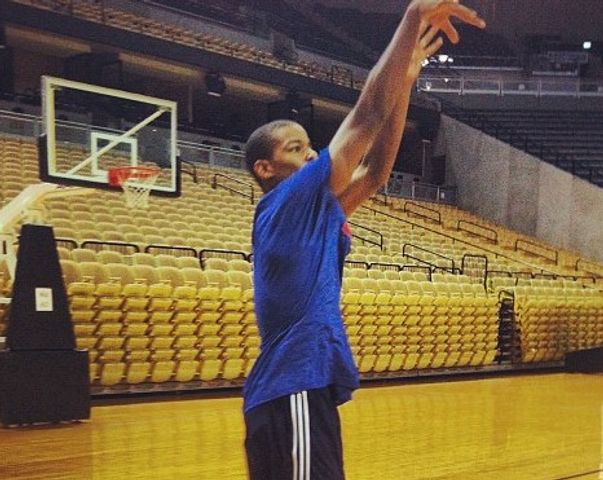 COLUMBIA -- Former Missouri basketball player Kim English returned to Columbia on Tuesday after a trip to Detroit to be introduced by the Pistons to the Motor City Media. Detroit drafted English in the second round of the 2012 NBA Draft.

The sharpshooting guard averaged 14 points his senior season and shot 46 percent from three point range. He earned the Big 12 Tournament's Most Outstanding Player honor while leading the Tigers to the tourney title in March. Now he looks ahead to a career in the NBA.

"I wanted to go to Detroit or I wanted the Grizzlies to buy a pick I thought those were the two best playing situations for me immediately, and Detroit, I was blessed to get that," said English. "Any amount of money it's something I have done and would do for free, it's rewarding that I get paid for a game I love. It's just a step closer getting to the NBA was never the dream, it's having a good career in the NBA has always been the dream."