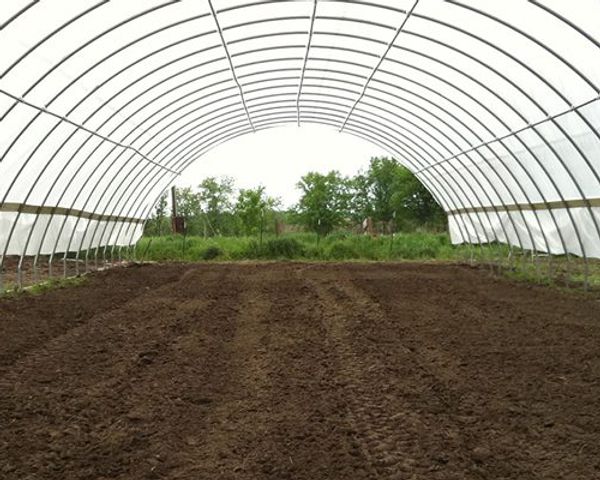 COLUMBIA - Organic practices are being researched as means to counteract the increase in greenhouse gas emissions. Greenhouse gas emissions (GHG) in Missouri have increased substantially due to population growth, while GHG emissions in Columbia have declined, according to data from the the city of Columbia and the Missouri Department of Economic Development's Division of Energy.

According to the EPA, greenhouse gas is a gas that traps heat in the atmosphere and makes the planet warmer. The primary sources of greenhouse gas emissions in the United States are electricity production, transportation, industry, commercial and residential, agriculture, land and forestry.

"One simple thing that homeowners and businesses can do to reduce green house gas emissions is to use electric powered tools to maintain their lots," said Cox. " There are still  greenhouse gas emissions associated with the electrical production, but its much less than using tools powered by fossil fuels."

In 2006, Columbia adopted the Mayor's Climate Protection Agreement. The Columbia City Council devised a plan to meet or exceed the GHG pollution reduction goal of 7 percent by 2012. Columbia was among the first cities in Missouri to study its greenhouse gas emissions and became the first city in Missouri to complete an inventory of GHG emissions.

The Univeristy of Missouri recently received more than $700,000 in grant funding to study the relationship between organic farm crops and green house gas emissions.

"Using 'regenerative organic agriculture,' such as low or no-tillage, cover crops and crop rotation, helps to keep carbon dioxide in the soil instead of returning it to the atmosphere," said Boredman.

According to the EPA a large portion of GHG emissions can be offset when carbon in the atmosphere is taken and stored, or sequestered, by plants and soil. In 2012, the EPA estimated that carbon sequestration by forests, trees in urban areas, agricultural soils and other sources offset 15 percent of total emissions.

"I think there are benefits of both systems, organic and conventional," said Boredman "Some farmers don't think the benefits outweigh the costs. For farmers to be certified as organic, they have to produce organic agriculture for three years without profit."

One Fulton man said he thinks the long-term benefits of organic farming are winning people over. Rana Bains, owner and founder of BlueBird Composting, is a local supplier of 100 percent organic compost.

"I wouldn't have a business if people didn't believe in organic farming," said Bains."I think people believe that organic farming helps and more importantly their doing their part in trying to preserve our earth and the environment."

According to the city's most recent update in 2012, Columbia did not meet the Mayor's Climate Protection Agreement by 2012. Columbia's totall GHG emissions grew by about 8 percent between 2000 and 2010. The city population also grew about 27 percent, so on a per capita basis, Columbia's GHG emission have declined about 14 percent.

The city council has not enacted any organic plans to reduce its carbon emissions, but city officials said it could be possible that the amount of people using organic practices in Columbia contributed to the decline.

The federal grant funded study on the relationship between greenhouse gas emission and organic farming at MU will conclude this winter.