Columbia Plans to Connect Trails to Create Loop Around the City 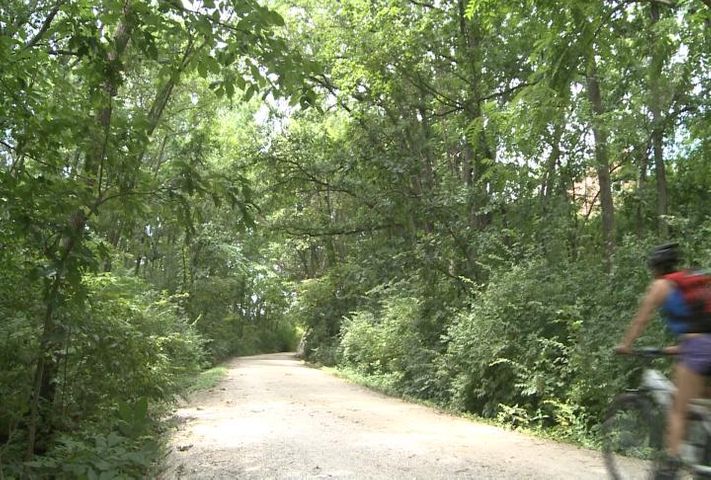 COLUMBIA - The Columbia Parks and Recreation Department is in the process of developing a plan to create a 30-mile trail loop around the city.

Park Development Superintendent Mike Snyder said the department held more 50 public meetings to collect input about the loop and the master plan for parks and trails. Snyder said the loop would not be completed for at least 10 years.

"We don't have detailed planning for several of the sections of the trail, so it's hard to say just how long it will take to complete and how much it will cost. Realistically, we'll be going great if we get it completed in the next 10 to 20 years. Typically, 15 miles of trail, which is about what remains, would cost anywhere from $15 to $25 million," Snyder said.

Columbia resident Josh Payton said he thinks the 30-mile loop would be a great addition to the city.

"It'd be great for people who want to ride bikes or run around the city without using the busy streets. A lot of people here are active and run marathons. It'd be good for marathon runners or people training who want to have that long distance to practice," Payton said.

Trails in the city are funded through several methods. Eight million dollars of a more than $22 million federal, non-motorized transportation grant given to the city funds trail improvement and development. The city also allocated $340,000 of its 2014 fiscal year budget for trails. The park sales tax also pays for trail improvement. One quarter of one cent of retail purchases made in the city fund construction to parks and recreational areas. Some of the money is used to fix and build new trails. Parks and Rec estimates that between 2011 and 2016, the city will have more than $2.3 million from the sales tax to spend exclusively on trail development and improvement.

Columbia has more residents than ever before, so Parks and Rec sees a need to add more trails to connect homes, schools and businesses. The 2010 city survey said 70 percent of Columbia households use the city's trail system.

"I see people out here all the time when I'm running, no matter what time of day. It provides a relaxing environment. It's also safer than running where there are cars and traffic," Payton said.

Snyder said the trail could also benefit the city's economy.

"Columbia is trying to attract high-end businesses and high-tech companies and young professionals to the city so that it can thrive. Columbia doesn't have an ocean. Columbia doesn't have mountains. Those are the places we're competing with for the types of business we want to bring here. And one thing that can make Columbia a very unique place would be this trail system," Snyder said.