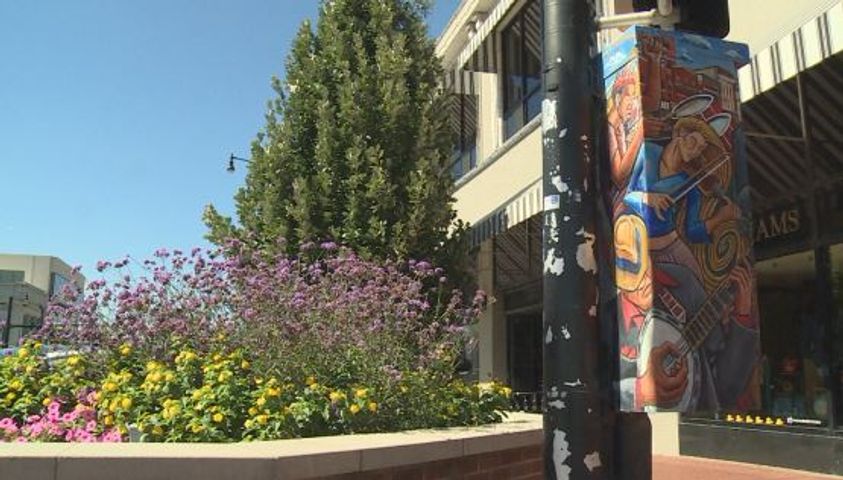 COLUMBIA - The Office of Cultural Affairs and Columbia Public Schools have teamed up to make this year's traffic box art project a special one.

This is the first year that children's art will be featured on a traffic box downtown, instead of the usual adult artist.

"I think it's really exciting for young students, 4th graders in this instance, to have their work go up on a traffic box downtown, and that'll be something that they always remember," said Office of Cultural Affairs Program Specialist Sarah Dresser.

The project, which originally began in 2007, was created as a result of the Columbia Police Department's issue with graffiti.

"It just enhances the cultural landscape of downtown Columbia and adds to our collection of public art," Dresser said.

The opportunity was opened up to all CPS elementary schools, and designs from Paxton Keeley Elementary students were chosen.

She challenged her students to create art inspired by music. And it goes without saying that the students whose work was chosen, were pretty excited.

"They get really excited and clap for each other, and the eyes get big. It's pretty neat," Stoddart said.

One Columbia student said kids creating art downtown should be a no-brainer.

"If kids were able to paint the boxes all around the city, they might have better paintings for it," said Columbia student Aidan Dubbert. "There's a painting just down the street that a bunch of kids that went to my school painted, and it looks really good."

Next year, the Office of Cultural Affairs hopes to extend the program to older students, and hopefully get a larger response.

Stoddart is excited for the program to continue in the future, giving Columbia's youngest citizens a greater sense of community.

"That provides a really great connection to our community and makes one really proud to be a part of it," Stoddart said.