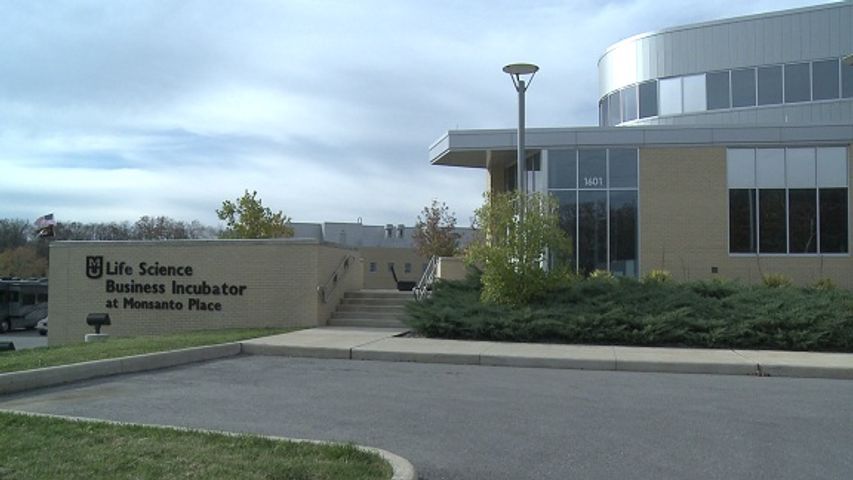 Luis Jimenez, CEO of EternoGen, said that his company is on the cutting edge of technology and vision.

"Our mission is actually to transform the regenerative medicine industry. This industry is one that's actually in its infancy, I must say, in terms of technologies that allow the body to regenerate the tissues it needs," Jimenez said.

EternoGen's technology is being designed to utilize collagen, the most abundant protein in the body, and transform it with nanotechnology. To keep it in perspective, Jimenez gave a few concrete examples of what the technology could do once perfected.

Missouri Technology Corporation, Centennial Investors and an investment program sponsored by the University of Missouri, the Enterprise Investment Program, contributed a combined total of $500,000 to EternoGen to allow it to officially launch in March. Jimenez told us that the funding has opened up many necessary doors for the company.

Practicing physician Karl Kochendorfer started his health information technology company MedSocket much the same way, even with the same investment groups. With a combined total of $350,000 from Missouri Technology Corporation and Centennial Investors, Kochendorfer developed his two information services, a one-click decision support system or OneCDS and a medical search engine. He said he was inspired to create this technology after seeing gaps in medical information and patient care that could be filled.

"Right now, doctors have lots of information needs and currently they don't get answers to those information needs, so a doctor may have a question about how to best treat their patient. Or whether their insurance might cover something, whether they should be providing this drug versus a different drug", Kochendorfer said.

Kochendorfer elaborated, in regards to his services, "we can provide physicians with access to the most reliable information to improve patient care. We also connect doctors with the best online treatment calculators and algorithms to improve the decision-making process when they're trying to care for their patients".

Investment seems to be up in Columbia, but nationwide its a different story. According to a Broomfield Enterprise article, venture capitalism is down nationwide with venture capitalists investing only $6.5 billion into 890 business deals this year compared to the same time last year with $7.3 billion invested in 992 deals.

Despite the national trends, both Luis Jimenez and Karl Kochendorfer consider their companies to be in good positions to grow.

Said Kochendorfer, "We envision that we're going to be expanding very quickly and very rapidly and be creating jobs in Missouri".

And Jimenez reported that EternoGen is now applying for its second round of funding. It has already secured $500,000, bringing its total funding from creation to $1 million.