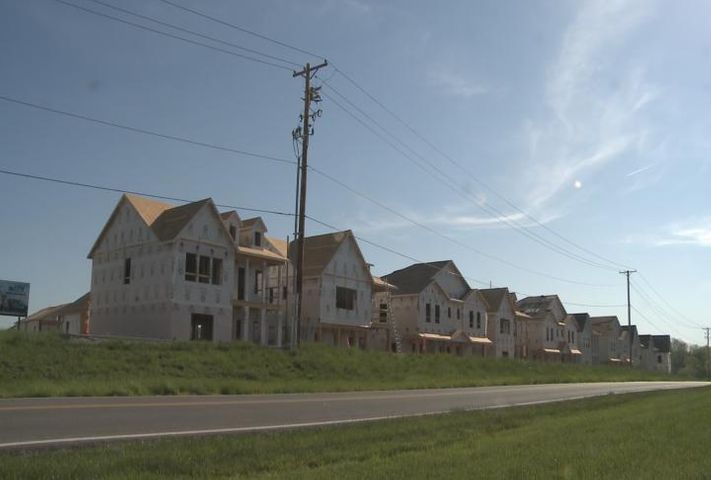 COLUMBIA- Megan McAllister relaxes at a friend's apartment after finishing her semester at MU.  She looks for pictures of her old house on her Facebook page.  "I don't know why I didn't take more pictures of the place," she commented.

McAllister, a Joplin native, lost her childhood home in the 2011 Joplin tornado.  According to her, being prepared saved her life.  "If we wouldn't have had a basement or storm shelter, we wouldn't be here," she said.

McAllister will live in the apartment complex Aspen Heights next year, which is still under construction.  Megan is worried that a storm like the one that brought Joplin's tornado could occur in Columbia, and she wonders if her future residence is prepared.  "Where would you go if this were to happen?" she pondered.

Complexes like Aspen Heights, Copper Beech, and the Reserves all say they try to warn residents when severe weather occurs. Stuart Watkins from Aspen Heights says that the company follows Columbia building guidelines and warns residents of storms through a text-message system.  Brookside Downtown and the Cottages did not comment when contacted.

None of the complexes contacted had a designated space for residents to go during tornado warnings.

McAllister says she thinks the Joplin tornado made people in other communities more aware of severe weather.  "Everyone should be more aware of tornados and storms in general," she said.  "Safety, what to do, where to go- people need to be more educated."

As McAllister wraps up her junior year of college, she hopes everyone in Columbia stays prepared for severe weather.  "It really does make a difference," she said.