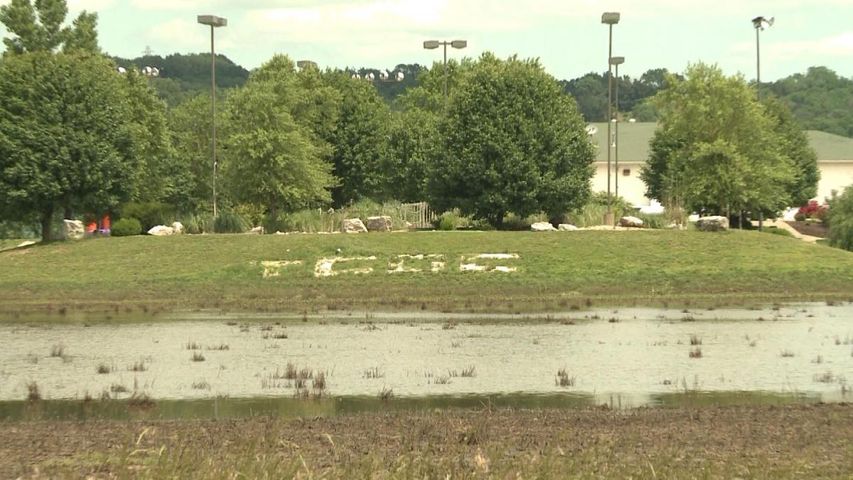 JEFFERSON CITY - Two business owners in Jefferson City said Thursday they are considering legal action against the city and the levee district over property damage from recent flooding.

Turkey Creek Golf Course owner Danny Baumgartner and small business owner Tyler Woods said their land on the north side of Highway 63 is heavily damaged and possibly unusable because of flooding.

The pair said the city is responsible for the damage because it put up dams to fill in gaps in the levees that surround their area. The dams, they said, caused water to fill up on their side of the highway, flooding their land. The men said if they would have had notification the dams were to be put up, they would have had time to move all their equipment and be prepared for the storm.

But Jefferson City Administrator Nathan Nickolaus said the city is not to blame.

Baumgartner said when he has contacted either the levee district or the city, both have said the other entity makes the decision. Baumgartner said all he wants is answers to his questions.

"We know we live on a flood plain. We have emergency plans, but when the plan is changed, we need to know," he said.

Tyler Woods said his small business was inoperable for more than a week, and if he would have had proper notification that the dam was to be built, he could have moved his trucks and working equipment.

The south side of Highway 63 received little to no damage, yet it is at a lower elevation than the north side. Baumgartner said he thinks if the dam had not been put in, then the flooding would have dispersed equally over more land, rather than turning his land into a "lake."

Neither Baumgartner nor Woods has filed any legal action, but they both said they have been in contact with attorneys.

Nickolaus said if either of the parties decides to take legal action against the city, it will not hold up because each should have been prepared for flooding.