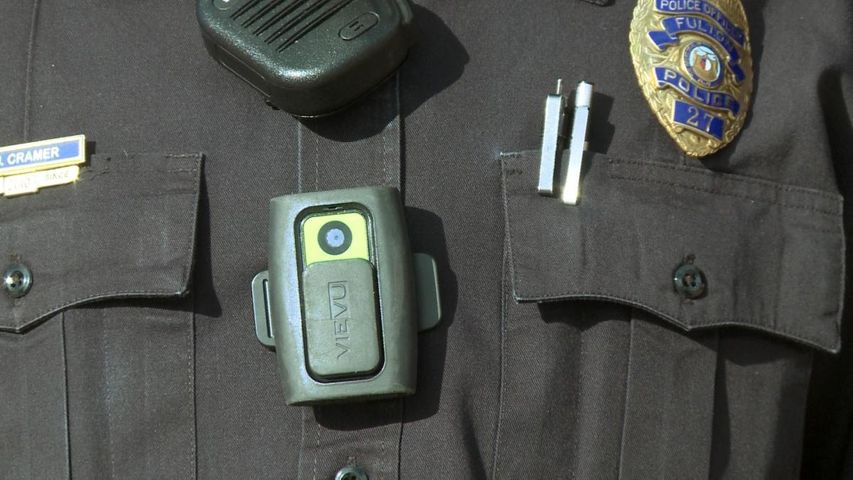 FULTON - After the shooting death of Michael Brown in Ferguson, interest in police body camera. President Obama proposed funding to help agencies adopt the cameras and a coalition of civil rights leaders called for national adoption of body cameras.

Some mid-Missouri law enforcement agencies adopted the technology before the events of Ferguson. Agencies like the Columbia and Fulton police departments began using the cameras before the Brown shooting. Others, like Ashland and Boonville, have adopted the cameras fairly recently.

Law enforcement agencies across the country have been left to develop their own policies relating to body cameras.

But agencies' ability to set their own policies has led to some concerns of whether cameras will lead to accountability.

The American Civil Liberties Union states on its website: "If police are free to turn the cameras on and off as they please, the cameras' role in providing a check and balance against police power will shrink and they will no longer become a net benefit."

Myers said his officers "maybe leave them on too much."

"The officers leave them on pretty religiously when they get out of the car," he said.

"The legislature is looking at some bills this session to try to limit what the public can get, and I think it should be," Myers said, adding officers "run into a lot of things out there that are private information, private citizens."

Myers said he thinks it should be up to a judge to decide whether body or dashboard camera footage should be released.

Ashland's police chief has a different take. Ashland has been using body cameras since the start of 2015. Its police chief, Lyn Woolford, said privacy issues are not a concern for his department. He said his agency's goal is transparency.

"I don't know that a law enforcement contact is a private thing," Woolford said. "We're a public agency enforcing public laws. I'll go with whatever the legislature passes, but it seems to me that a privacy matter probably isn't very private if in fact law enforcement's involved for some reason."

Ashland requires officers to record most official police contacts, with some exceptions.

Woolford said the policy means officers don't need to worry about "'Should I have it on? Should I have it off? Is it okay to have it on?'" Instead, he said, "it's just on, adding, "now if it's an interaction where an officer stopped in to get a sandwich, not necessarily."

Officers who violate Ashland's body camera policy would face discipline, Woolford said. Any discipline would be based on a "graduated policy," he said, starting with a verbal warning if an officer forgets to turn the camera on when he or she is supposed to. Woolford said harsher penalties would be imposed for repeat violations.

"The officers were anxious and excited about the technology, happy to have it, and happy to record what we do record," he said.

Woolford said his agency was able to exonerate an officer in a citizen complaint using the cameras. He said the cameras provide objective evidence.

"What it gives to me is an independent witness to those types of situations," said Woolford.

He said, before the cameras were purchased, if he got a complaint and it differed from the officer's version of events, he didn't have a way to make a decision without an independent witness.

Woolford said Ashland came up with its policy by looking at the policies of other agencies throughout the country.

"We kind of picked and choosed what would be appropriate for Ashland," he said.

The Boonville Police Department also recently adopted cameras. Its policy dictates that officers activate cameras "during all enforcement stops and field interview situations and any other time the officer believes that a recording of an on-duty contact may be useful."

"We don't want to put information out there just for everybody to see your business," said Boonville Lt. Randall Ayers.

In Columbia, the police department's policy is that officers "shall activate the body worn cameras to record all contact with citizens in the performance of official duties," according to Public Information Officer Bryana Maupin.

Maupin told KOMU 8 News, "We will not be discussing the philosophy behind our policies. The policy that is used has been determined best practice for our department at this time."

To view each Mid-Missouri law enforcement agency's policies, view the map below: