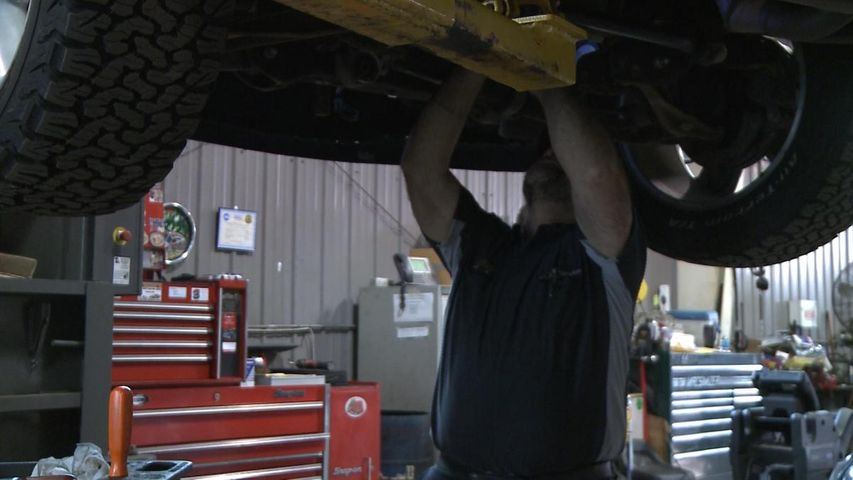 COLUMBIA - Winter months are known to take a toll on vehicles. Cars and trucks have to plow through snow and ice and take what seems to be a never-ending beating from frigid temperatures.

But while snow and ice might just make it tough to drive, there's another winter element that is could cause major damage to every car on the road: salt.

The National Highway Traffic Safety Administration recently finished a five-year investigation regarding complaints to General Motors for owners reporting rusted brake lines. Instead of another GM recall, the NHTSA blamed the corrosion on road salt and a lack of washing.

Complaints centered around vehicles from 1999-2007 and 10 different models including Chevrolet Avalanches and Cadillac Escalades.

The NHTSA said that despite more than 3,000 complaints, the vehicles themselves were not defective.

The agency urged people in cold-weather states to get their car and truck undercarriages washed several times during and after the winter, and to get brake lines inspected for rust and replace them if necessary. It said over time, salt can cause brake lines, suspension parts and even the frame to corrode and possibly fail.

Bob McCosh Service Manager Michael Mountjoy said there are many factors when it comes to failing brake lines.

"It's usually on older vehicles that have a higher mileage," he said. "They are usually a vehicle that is a work truck or it's in an environment where it has a lot of moisture, a lot of mud, a lot of salt."

Mountjoy said this issue is commonplace in states with harsh winters, such as Missouri, where salt is frequently used. Since you can't avoid the salt, Mountjoy said the best thing to do is routinely run your vehicle through a car wash.

Tiger Express Car Wash Chief Operating Officer Maxwell Manning said his car wash offers two different washes, the Truman and the Black and Gold, both of which provide jets that wash the under-side of the car. However, the cheapest wash, the Tiger Express, does not.

Manning said there is not a special chemical to defeat rust, but that washing your vehicle about once a week usually is enough.

Mountjoy said even though this winter wasn't terrible in mid-Missouri, getting a full under-body wash will greatly help prolong the parts under the vehicle.

"Everybody wants to clean the outside because that's what you see, that's what is nice and shiny and makes the car look nice, but it's the underside that needs some attention too," he said.

If the rust does corrode the brake lines, Mountjoy said repairs cost between $400-$600.