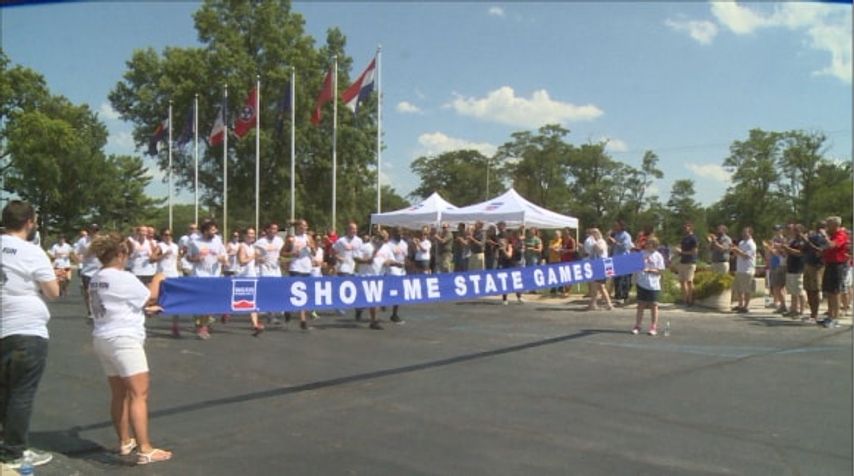 COLUMBIA - The Show Me States Games began officially with a torch run ending at Shelter Insurance in Columbia.

Around 30 runners ran nearly three miles with the torch in temperatures that feel well over 100 degrees on Friday, July 21.

“As a runner, it’s just fun. And so when you see this, it’s a great event for the city of Columbia, the state of Missouri and as an employee with the opportunity to do it, I just jumped at it,” MacLellan said.

Nearly 100 people also braved the heat to cheer on the runners as they completed the run.

The torch run first started in Joplin in April, and has made its way to eight other cities before reaching Columbia.

Shelter Insurance employee Anna Hargis went around the state on the torch runs and said the heat was no reason to skip this final event.

“We need to come out, we need to cheer them on, we need to support them despite the heat and just go have some fun, just remember to stay hydrated,” Hargis said.

According to the Show Me State Games website, over 30,000 people participated in events during 2015. The games are open to anyone interested, and Hargis said she especially enjoys it because of the kids.

“It’s just great to see these kids getting a chance to have a moment of what it’s like to be an olympian.”

The opening ceremonies are scheduled for Friday, July 21 at 7 p.m. at the Mizzou Arena. The 2017 Show Me State Games will go until Sunday, July 23.

Events will be held at parks, schools and sporting good stores all over Columbia throughout the weekend.