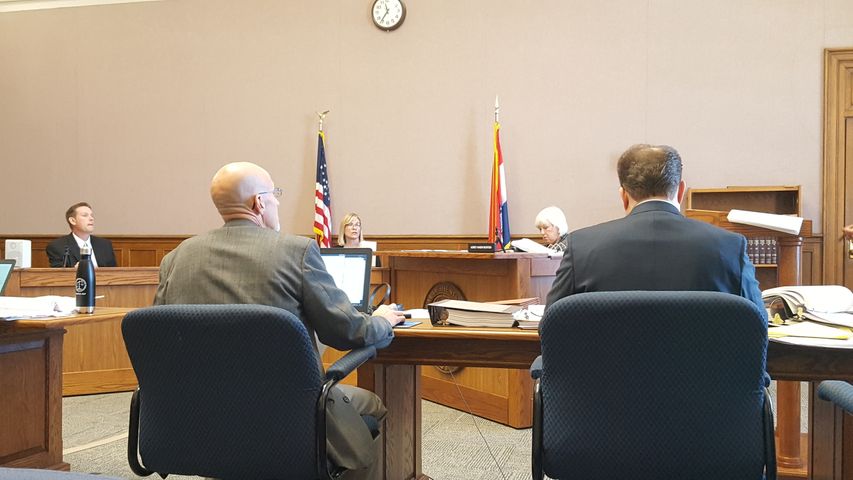 JEFFERSON CITY - Environmental activist groups Sierra Club and Earth Justice are in court this week saying electric utility Ameren is dumping billions of gallons of harmful wastewater into the Missouri River, and the Missouri Department of Natural Resources is allowing them to get away with it.

Both sides are bringing witnesses to the Missouri Administrative Court to argue whether Ameren should be allowed to continue its current cooling practices at its coal-fired electric plant in Labadie.

Ameren uses the coal to light fires and boil water, which begins the process to generate electricity. As the coal burns, Ameren disposes of expended heat by letting hot water wash out into the river and replacing it with cool water. However, there is another way to keep power plants cool called a "closed cooling system," which takes in some water, but uses a cooling facility to cool the water for reuse instead of dumping it and taking more water from nearby sources.

Usually, the DNR would test power plants like the one in Labadie to make sure they have the best available technology for the environment, but Sierra Club said the DNR skipped that test for Ameren.

"The Labadie coal plant is putting so much thermal pollution into the Missouri River and-- if you built a coal plant today, it would be illegal to build a plant like that," said Missouri Sierra Club Chapter Director John Hickey.

Ameren Missouri denies claims like these. It said it has conducted studies that show the coal plant doesn't have an impact on the river, and the temperature difference in the water between when it is taken in and when it returns to the river is two degrees Celcius.

The plaintiffs in this case, the Sierra Club and Earth Justice, are arguing the hot water dumping, along with ash that makes its way into the water, is killing wildlife and poisoning drinkable water.

The defendant, Ameren, is arguing its practice stays within legal guidelines.

This process started in 2015, when, according to St. Louis Public Radio, the Sierra Club filed an appeal to Missouri, saying the permit the Department of Natural Resources granted Ameren didn't provide enough guidelines to protect the environment and it violates the Clean Water Act.

"The Missouri River is not Ameren's sewer to put in their coal-ash waste, to put in their hot water, and whatever else they want," Hickey said. "This is everybody's river, and DNR and Ameren should follow the Clean Water Act and comply. That's what we want to see."

This isn't the first time the Sierra Club and Ameren have butted heads.

According to the St. Louis Post-Dispatch, Ameren settled a lawsuit with the organization over air quality for $2 million in 2016.