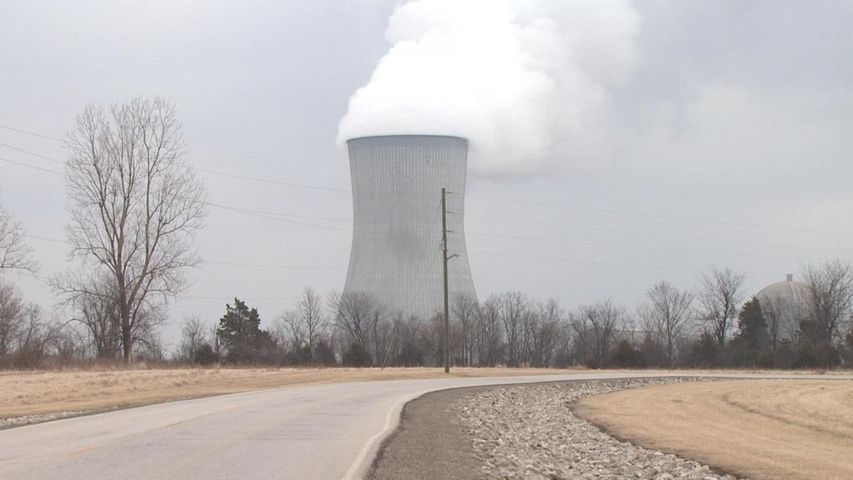 FULTON - Clean energy organizations around the U.S., including one from Missouri, filed a new petition to challenge the Nuclear Regulatory Commission's ability to issue new reactor licenses and license renewals.

The 17 groups argue that the NRC has not fully addressed the issues what to do with nuclear waste. A federal court struck down the agency's "waste confidence" policy back in 2012 and the groups say that means the NRC should not be allowed to issue any licenses at this time.

One of the groups petitioning is is the Missouri Coalition for the Environment.

Ed Smith, the group's safe energy director, said he wants to freeze license renewal until a plan is made to store the radioactive waste long-term.

"The federal government laid out a deal with nuclear utilities saying that, by 1999, it would take care of the spent nuclear fuel from nuclear reactors. That hasn't happened," Smith said. "So what we are seeing is a continuation of this plan to create more high level radioactive waste without having a plan of where it needs to go and that needs to stop."

The Callaway County Nuclear Power Plant is in its 30th year of operation and is currently seeking to renew its license by the end of this year, to operate an additional 20 years.

The process was delayed but now Ameren said it is back on track for license renewal.

This year, the Nuclear Regulatory Commission (NRC) decided nuclear waste from power plants could be stored in above-ground containers called dry casks, long-term. This allows nuclear plants to be built and old ones to expand, despite the lack of a long-term plan for storing the waste.

Back in 2012, the court struck down the Waste Confidence Decision that stated that sufficient waste storage capacity would be available "when necessary." The court said "when necessary" was too vague.

Then, the NRC suspended all license renewals until a permanent location for waste was decided.

In response to the 2012 ruling, the NRC approved a generic environmental impact statement to store spent fuel without a final nuclear waste repository on site. In August, the NRC issued a final rule on continued spent nuclear fuel storage and terminated the two-year suspension of final licensing actions.

Smith said a big problem with the Callaway County nuclear power plant is it is currently too tightly packed with spent fuel or used waste in its storage area, known as the spent pool. Currently the spent pool is the only way Callaway is storing its used waste.

"The Callaway nuclear reactor has more spent fuel rods in its cooling pool than any other single pressurized water reactor in the country," Smith said. "I do know they have one of the more crammed fuel pools for that particular reactor design in the country."

"They are looking at an independent fuel storage installation but, up to this point, it is not close to being full," O'Keefe said.

The spent fuel capacity is set to 2,363 fuel assemblies. Currently, Callaway County has 1800 spent fuel assemblies, according to Ameren Missouri. The NRC's website said spent fuel pools are predicted to reach capacity by 2015, which leaves little time to find another place to put the waste.

"Callaway has been approved by the NRC to construct and utilize dry cask storage, therefore we will never reach capacity," Daniels said. "This project is currently under construction with a projected completion date of 2015."

But Smith said he disagrees and no plan for the dry cask storage has been shown on paper.

"I know Ameren has said publicly it is working on a plan, but hasn't put anything on paper. That doesn't mean it doesn't exist. We certainly support moving this fuel to dry cask storage. That would be the best safety for the folks who live around the reactor should there be a problem with the spent fuel pool," he said.

When asked if Callaway has a procedure for nuclear waste long-term, Ameren Missouri said it will store the waste on the plant's site.

Daniels said, "We will be able to safely store and manage spent nuclear fuel through the life of the plant. The long-term plan is to use independent spent fuel storage installations called dry cask storage. We have received Nuclear Regulatory Commission approval for this project and are currently in the construction phase."

Bryan Daniels released a statement that said "We are aware of the appeal to the Nuclear Regulatory Commission (NRC) and will monitor the matter. In the meantime, Ameren Missouri will continue to adhere to all NRC procedures as we move forward with the process of renewing our operating license. The NRC's review process for our license renewal application has been extremely thorough, and has verified that Ameren Missouri's Callaway Energy Center has the proper programs and plans to manage the effects of aging on plant equipment over 60 years of operation. Ameren Missouri is committed to being a safe, reliable and efficient source of energy for Missouri."

Ameren said it is on track to get the license renewed at the end of the year.