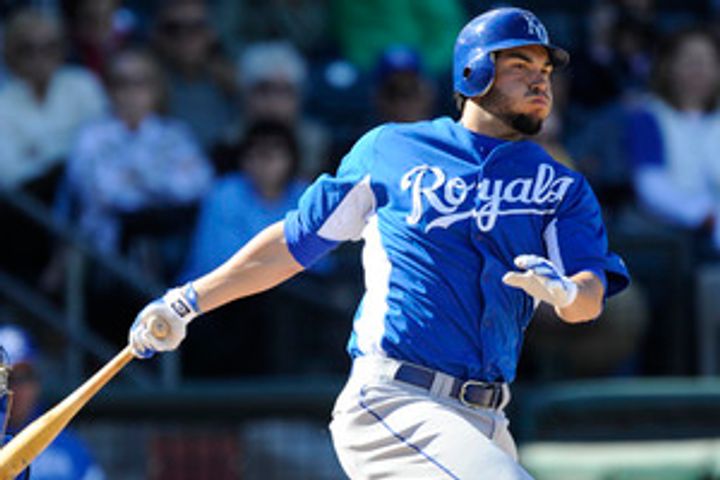 ST. PETERSBURG - Tropicana Field was all blue Thursday night as the Kansas City Royals began their 4-game series against the Tampa Bay Rays. The fans did not have much to cheer about as the game remained scoreless through five innings until Royals 2B Elliot Johnson stepped up to the plate to lead off the sixth inning. Johnson was traded to the Royals by the Rays in February and showed his old team they may have made a mistake by letting him go.

He began the inning with a single, starting a trend as the hits kept coming. LF Alex Gordon scored a run with a single to center, a wild pitch scored SS Alcides Escobar, followed by C Salvador Perez, LF David Lough, and 3B Miguel Tejada all bringing in a run each giving the Royals a 5-0 lead. With 2 outs in the top of the sixth, Hosmer stepped up to the plate for his second at bat of the inning and belted a 3-run homer to right field extending the lead to 8-0.

The Royals went on to win the game 10-1, their eighth win out of their last nine games. The two teams face each other again Friday and conclude their series Sunday afternoon.