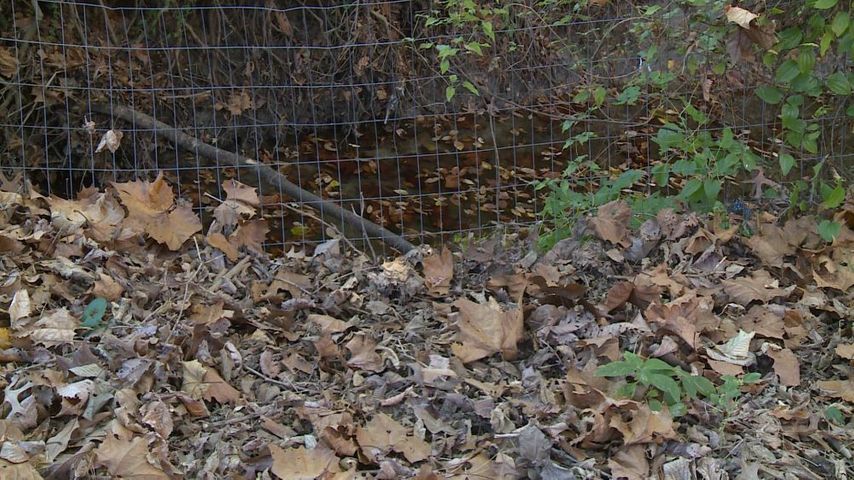 COLUMBIA — The rapid erosion of a local stream has caused a Columbia woman to lose four feet of her backyard since the beginning of this spring.

Alhambra Drive resident, Brandi Dean has lost about ten to twelve feet of her backyard since she moved in which is causing safety concerns for her 3-year-old daughter as well.

"when I moved in here in 2008, I had a creek in my backyard, it was very small at the time and I thought it was beautiful. There were lots of trees in my backyard and just over the years the erosion has gotten so bad I don't even let my daughter go in the backyard and play," Dean said.

This is because the erosion has caused cave ins and it is especially dangerous after a heavy rain, she said.

"I'm afraid she will fall into the creek, and when there is actually rain coming through it's pretty rapid, almost like a river flowing through there. So it's just worrisome for me as a parent," Dean said.

"You could be standing on ground that is undercut, so particularly in the middle of a big storm if there is water flowing in that channel and you're standing really close to that stream there is always a chance that some of that bank could cave in," He said.

Dean has been trying to get the City to fix the problem for about five years and finally got its attention after talking to her councilwoman.

"I had had engineers from the city come out, and the response I was always getting from them was well we didn't have the money and we don't have the money now," said Dean. "We have to fix bigger infrastructure issues in the city and we can't spend the money to fix this."

Dean said she was very happy with this result but does have some concerns.

"I'm really happy. There was a lot more money allocated then I thought," Dean said. "I don't think they are planning on doing anything for a year and so. I'm just a little worried since I lost four feet in the last year, that I might lose another 3 or four feet and then it will be very close to my deck at that point."

The city assured Dean that they would monitor her property in the meantime to make sure she does not lose her deck.

The city is still considering possible solutions to decrease the erosion such as using plants and rocks to stabilize the soil. Wellman said there is one important factor to consider.

"It's kinda early to say, but we favor solutions that fix the problem that don't transfer the problem downstream," Wellman said.

The next phase will be a public hearing at a city council meeting next fall.