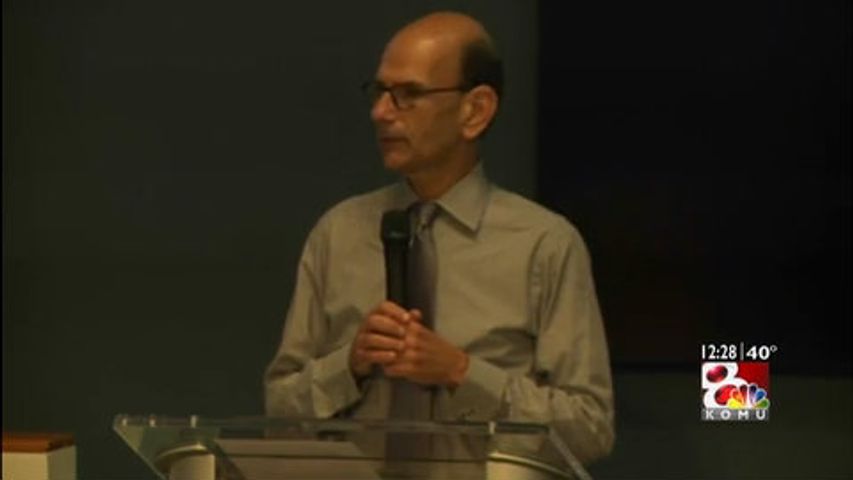 Finebaum is visiting the University of Missouri for SEC Nation's live broadcast that will take place at the Francis quadrangle on Saturday from 9-11 a.m.

He hosts the Paul Finebaum radio show on ESPN, where he discusses topics regarding the SEC and college football.

He is well known for for dealing with abnoxious callers on the show, and joked about that to the students.

"When I die and my obituary goes in the New York Times, it will read 'Paul Finebaum, who took the most famous call in sports radio history from this deranged lunatic who admitted poisoning a tree in Toomer's Corner at Auburn,'" he said. "No matter what else I accomplish, I can't outrun that."

After sharing some stories from his journalistic background, Finebaum then opened the floor for questions from the students.

One student asked what his reaction was when the SEC announced that the University of Missouri would be joining the conference.

"I thought it was an April Fool's joke," Finebaum said.

Finebaum and the rest of the SEC nation crew will be covering another Missouri football game later this season.

But the setup that time will be in College Station, Texas when the Missouri Tigers football team goes on the road to take on the Texas A&M Aggies on Saturday, Nov. 15.