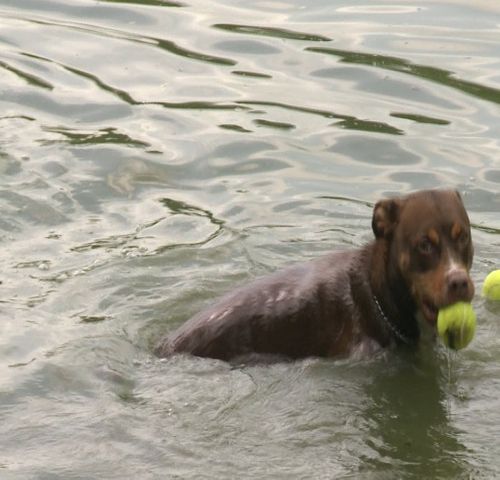 COLUMBIA - The live release rate for animals at the Central Missouri Humane Society is at an all time high of 83 percent so far in 2013. The live-release rate was 38 percent of all animals admitted in 2008.

Several sources that spoke to KOMU said one of the biggest factors in the improvement was a change in management. Patty Forister resigned as director in 2009. The euthanasia rate dropped by 6 percent in 2010.

Current director Mary Pat Boatfield said she helped lower euthanasia rates in every animal shelter she has worked in, but also said a lot of the credit needs to go to assisting organizations and the community.

"You have to realize that so much goes into controlling the pet population," Boatfield said."No one person or group can do it alone. The community has been very helpful."

The anti-euthanasia group No Kill Columbia has been critical of the Central Missouri Humane Society (CMHS) in the past for euthanizing animals, and board member Melissa Kron said there is still work to be done.

"We do like the progress they have made with the euthanasia rates, but we would still like to see them make the pledge to go no-kill," Kron said.

Kron said "no-kill" actually is impossible to attain. She said No Kill Columbia accepts there are some dogs who are truly vicious and others that are terminally-ill.

"I guess you would have to ask the question would I kill it if it was my pet," Kron said. "If it had a large tumor than yes, but I wouldn't kill my dog just because it had ringworm."

Kron and shelter officials estimated the amount of dogs euthanized for being dangerous to society, or having a terminal illness, is about 10 percent. Therefore, CMHS is still seven percent above that goal.

Kron and Boatfield said a key reason for the decline in rates is fewer pets are coming through the door. Boatfield attributed this to the extra efforts taken by animal groups in the city to spay and neuter animals in the area. CMHS has also started adopting out pit bulls. Kron said it is a step in the right direction to have less breed-specific euthanasia, but No Kill Columbia would like to see higher adoption rates across the board.