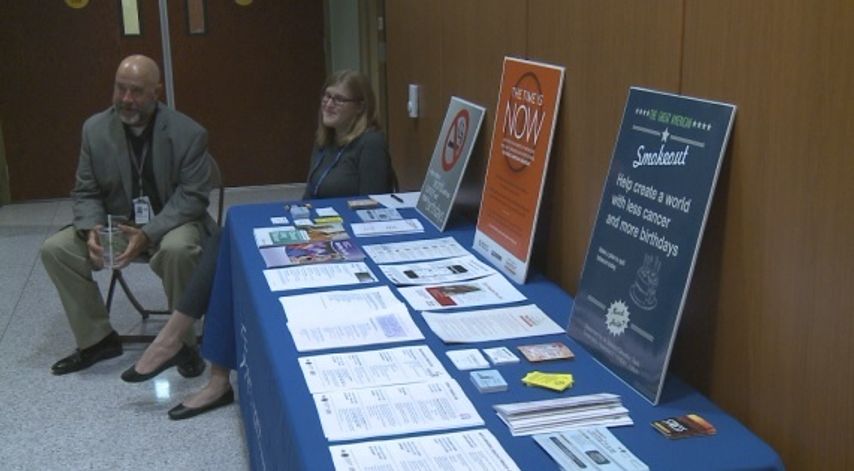 COLUMBIA – Thousands of smokers across the country are attempting to quit smoking, even if it’s just for one day, as part of the Great American Smokeout put on by the American Cancer Society.

The Great American Smokeout is put on every third Thursday in November and the American Cancer Society works with Veterans Affairs to help encourage veterans to quit.

In Columbia, the Harry S. Truman Memorial Veterans’ Hospital participated and the hope is that if veterans can quit for one day, it’ll get them thinking optimistically about the future.

“This is an event that’s going on nationally, and it encourages smokers to think about quitting for one day. And part of the idea is that often times if people quit for a day, they find out ‘you know, maybe I can do this for a lifetime.’ So the whole idea is to get people sort of thinking about it, and kind of build up their confidence,” said Joseph Hinkebein, who is a health behavior coordinator psychologist at the hospital.

The U.S. Department of Veterans Affairs website says that although 57 percent of the U.S. population has never smoked, only 32 percent of veterans receiving health care from the VA say they’ve never smoked.

Information pamphlets about tips to stop smoking, facts about smoking, and programs to help people stop smoking were available for veterans to look over. And although there might be some doubt about one’s ability to quit, Hinkebein said he’s never met someone who has looked back with remorse.

“A lot of times people say ‘well I’ve smoke for so many years, I don’t think it’ll make any difference.’ Quitting smoking is the single best thing that we have control over that we can do to improve our health and our quality of life. I’ve never met smoker who’s quit who’s regretted the decision,” Hinkebein said.

“If you’d like to quit, if you thought about quitting, but you’re just not confident you can, give it a try. It’s like learning to ride a back; you might fall off once or twice, or maybe three times, but if you keep getting back on, eventually you get it,” Hinkebein said.